If talks with YPG/PKK terror group break down, Syrian regime is prepared to retake region 'by force' 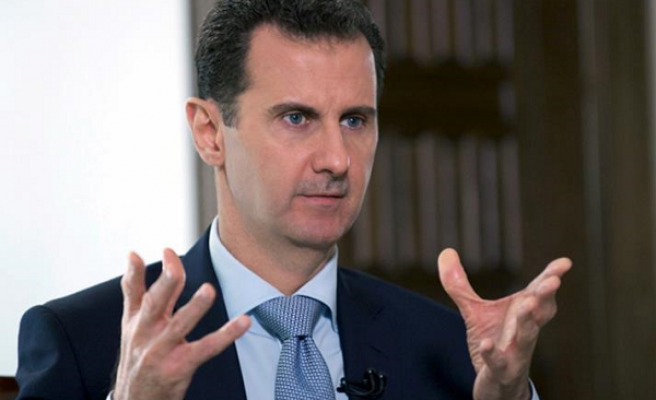 Syrian leader Bashar al-Assad has said that Damascus is ready to reassume control over northern Syria if talks break down between his regime and the YPG/PKK terrorist group.

In a Wednesday interview with Russian broadcaster Russia Today, al-Assad said the conflict in his country was “almost over”.

“Washington has few cards left to play after the liberation [by the Syrian regime] of Homs, Deir ez-Zor and Damascus,” he asserted.

“We have defeated most of the terrorist groups,” he said. “Only the so-called ‘Syrian Democratic Forces’ (SDF) are left.”

Damascus is “open to talks”, al-Assad added, going on to say that most SDF members were Syrians “who love Syria and don’t want to be used as pawns by outsiders”.

He added: “If talks with the YPG/PKK end in failure we are ready to liberate the area by force.”

He also commended Moscow’s “wise” approach to the conflict, which, he said, had “averted direct confrontation between Russia and the U.S.”