The Islam Army's leader had warned this week that Damascus was a "military zone" and that his group would respond to airstrikes by the Syrian military on Ghouta. 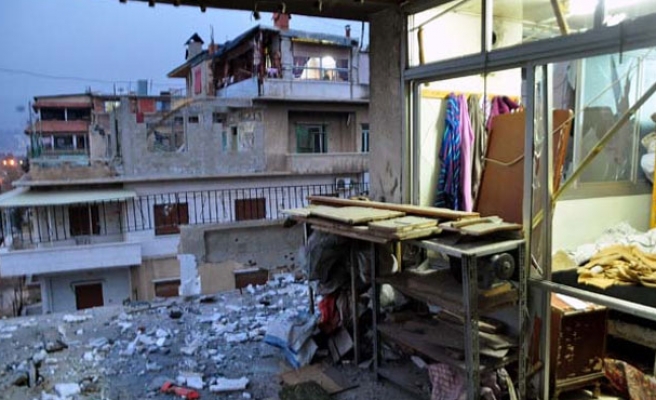 Rocket attacks killed three people in Damascus and wounded at least 35 on Thursday, state news agency SANA said, in what appeared to be the second heavy bombardment by insurgent group Islam Army in less than two weeks.

Shells thought to have been fired from the east of the capital could be heard exploding in the city, a witness said. Local media reported that Islam Army was behind the attack on several residential areas.

SANA said only that "infidel terrorists" carried out the bombardment. It showed a photograph of a blackened car with its trunk blown off. State television said three missiles hit areas around the Umayyad Mosque, one of the largest in the world, located in the capital's Old City.

Insurgents and the Syrian military are battling for control of eastern areas close to the capital, and the air force has carried out regular bombardments there, including on the Ghouta district where Islam Army is based.

Formed by a merger of rebel factions in 2013, the group has received backing in the past from Saudi Arabia. Its leader said on Tuesday that it would target the Syrian capital, which is under government control.

An estimated 200,000 people have been killed in Syria's civil war, which pits the government of President Bashar al-Assad against a range of groups including mainstream rebels, like ISIS and al Qaeda's Nusra Front. U.S-led forces are bombarding ISIS in both Syria and Iraq.

On Thursday the Syrian air force struck areas northeast of the capital including Douma city and Arbin town, killing 12 and wounding around 100, the Syrian Observatory for Human Rights monitoring group said. A video posted by the media arm of rebel fighters in the south showed huge clouds of smoke rising between buildings in what a voiceover said was Douma.

There have been several attacks on Damascus itself since the start of the year.

Islam Army struck with at least 38 rockets on Jan. 25, killing seven people, the Observatory said, in one of the heaviest attacks on the city in over a year.

A witness in Damascus on Thursday heard more than 30 bombardments in quick succession. Local radio Sham FM said the projectiles had hit at least five areas of the capital. People posted images on social media said to show plumes of smoke rising above the city.

A message on a Twitter account thought to belong to Islam Army's leader Zahran Alloush said the attack was a taste of what the Syrian military had done to Ghouta. He described Damascus as a "military zone" in a statement earlier this week, and said his group would respond to air force strikes.