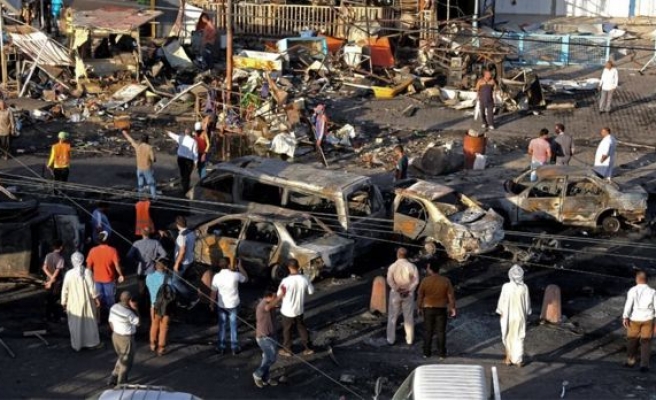 Eight people were killed on Saturday and another 22 injured in separate attacks in Iraq’s violence-plagued Baghdad and Diyala provinces, according to local security sources.

Elsewhere in Baghdad, five people were killed and 19 others injured – mostly civilians – by four bombs that went off in the province’s Al-Azamiya, Al-Tarmiya, Al-Mashtal districts, and by another that rocked central Baghdad’s Al-Mansur neighborhood, according to the same police source.

In Diyala, meanwhile, a local police source told Anadolu Agency that two police officers had been killed when gunmen opened fire on their car in central Baqubah, the provincial capital.

In a related development the same day, the Iraqi Journalistic Freedoms Observatory, a local NGO, said in a statement that the ISIL militant group had executed a local journalist after abducting him from his home in central Mosul, a ISIL stronghold.

According to the NGO, the victim – identified as Yahia Abd Hamad – had worked as director of Al-Rashid, a Mosul-based broadcaster.