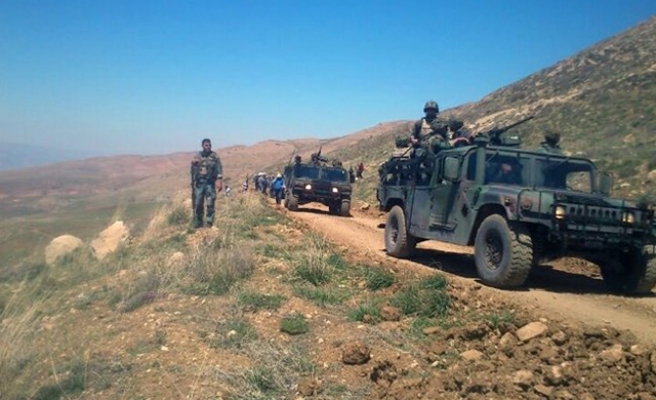 Lebanese army troops clashed with gunmen in the country's northeast near the Syrian border Thursday, leaving one soldier and eight gunmen dead, a security official said.

Lebanon has been the scene of frequent violence, including deadly bombings and fighting between gunmen and the army, since war erupted in neighbouring Syria in 2011.

Clashes broke out "between terrorists and the Lebanese army" at around 3:00 am (0100 GMT) Thursday near the flashpoint town of Ras Baalbek, the official, who did not want to be named, told AFP.

It was unclear which group the gunmen were fighting for.

The area was now "calm" and eight wounded soldiers were receiving treatment in nearby hospitals, the official said.

The army has regularly fought extremists near Ras Baalbek. Last year, at least five troops were killed in clashes with gunmen there.

In August 2014, the army clashed with the ISIL group and Al-Nusra Front, Al-Qaeda's affiliate in Syria, in the border town of Arsal, near Ras Baalbek.

ISIL and Al-Nusra kidnapped 30 Lebanese soldiers and policemen as they withdrew.

After long negotiations, 16 of the kidnapped men were released at the start of December in exchange for prisoners jailed in Lebanon.