Dozens die in fighting between the Tuareg and Tebu tribes 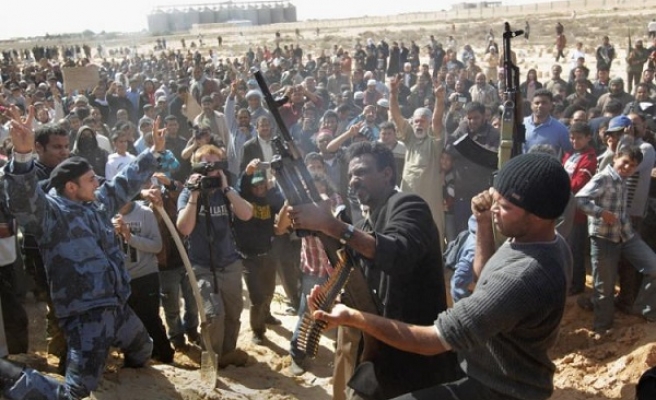 Dozens have been killed in clashes between two tribes in the biggest city in southern Libya, officials said on Tuesday as a security vacuum grew in a remote corner of the oil producer.

A power struggle between two governments fighting for control in the north of the desert nation has hit the poor south hard, hampering supplies of anything from fuel and food to central bank money as flights to Tripoli are halted.

Fighters from two tribes, the Tuareg and Tebu, have exploited a security vacuum to vie for control in a vast area long neglected. Clashes broke out four days ago in a suburb of Sabha, said the city's mayor, Hamed Rafa al-Khayali.

A Tebu official said the clashes had started after a Tebu was killed at a checkpoint.

"Around 29 people of the Tuareg tribe were killed and four were wounded in clashes," said Khayali by phone from Sabha, some 700km to the south of the Libyan capital Tripoli.

Eight people of the Tebu were killed and 18 wounded, said Zahra Adam, a local official in the neighboring al-Tayori town dominated by Tebu.

Khayali said tribal elders had tried to negotiate a truce but talks had failed. The city had asked military officials in Tripoli for help to restore order but had got no response.

Libya is in chaos with two governments fighting for control while Islamic State militants exploit a security gap. Tripoli is controlled by a government not recognized by world powers which took office a year ago after an armed faction expelled the official premier to the east.

Rivalry between the Tebu and Tuareg goes back before Muammar Gaddafi was toppled in 2011, though in the past his police state had succeeded in keeping some order.