No group has yet claimed responsibility for the attack, the deadliest in Egypt’s modern memory 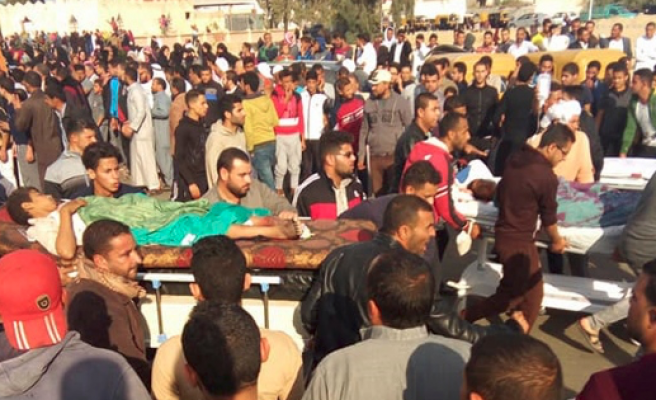 The death toll in the attack on a mosque in Egypt’s Sinai Peninsula has risen to 305 people, according to Egyptian authorities.

On Friday, attackers bombed a mosque in the town of Bir al-Abed in North Sinai before opening fire on fleeing worshippers.

A total of 27 children were among the victims, while 128 other people were injured in the attack, the Egyptian Prosecution said in a statement on Saturday.

The authorities had initially put the death toll from the attack at 235 people.

The prosecution said some 25-30 militants waving Daesh flags opened fire on worshippers inside the mosque during the weekly Friday prayers.

No group has yet claimed responsibility for the attack, the deadliest in Egypt’s modern memory.

On Saturday, the Egyptian military said its forces had killed a number of militants involved in Friday’s mosque attack in Sinai.

Egyptian authorities have declared a three day of mourning with President Abdel Fattah al-Sisi vowing a firm response to the deadly attack.

The Sinai Peninsula has remained the epicenter of a militant insurgency since mid-2013, when the army ousted Mohamed Morsi, Egypt’s first freely-elected president, in a military coup.

Hundreds of security forces and civilians have been killed in the insurgency, which has been largely confined to the desert region.