A Lebanese journalist and a third Lebanese soldier died as a high-ranking Israeli soldier had been killed on the Lebanese-Israeli border. 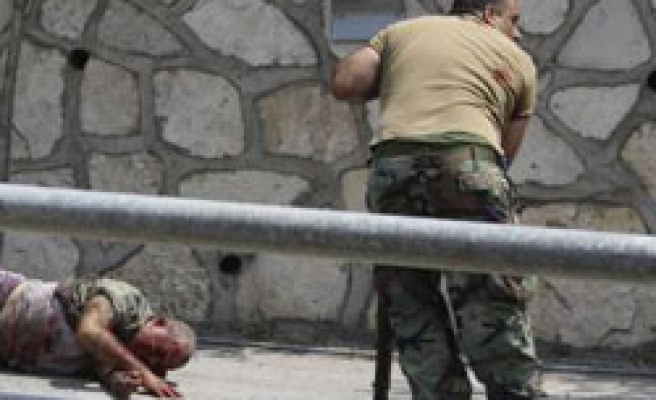 Lebanese and Israeli troops exchanged fire Tuesday along their tense border in a fierce skirmish which left three Lebanese soldiers and a journalist dead, army and security officials said.

"It started when the Israelis wanted to cut a tree down inside Lebanon. The Lebanese army fired warning shots at them and they responded by shelling," said a security source in Lebanon.

Hezbollah's Al Manar television said a high-ranking Israeli soldier was killed on the border. The Israeli military had no immediate comment.

"(There is) a necessity to repel any Israeli attempt of aggression no matter what the circumstances," Lebanese President Michel Suleiman was quoted as saying. He urged the use of diplomacy to deal with the border incident.

Israel's Foreign Ministry said it would file a complaint at the United Nations over the clash, accusing Beirut of violating the 2006 Security Council resolution that ended the war.

"Israel views the Lebanese government as responsible for this serious incident and is warning of the ramifications if the violations continue," the ministry said in a statement.

The Israeli military said its troops were fired upon while engaged in "routine activity inside Israeli territory", between an Israeli security fence and a U.N.-drawn border line.

The fatalities were the first suffered by either side since the 2006 attack in which 1,200 people, mostly civilians, were killed in Lebanon, along with 158 Israelis, mostly soldiers.

United Nations peacekeepers appealed to both sides to exercise "maximum restraint" after the incident.

A 13,000-strong U.N. peacekeeping force known as UNIFIL patrols southern Lebanon under a U.N. resolution that expanded its mandate and ended the war on Aug. 14, 2006. UNIFIL said it was examining the circumstances of the bloodshed.