Gunmen killed six people in attacks on vehicles in southern Israel on Thursday. 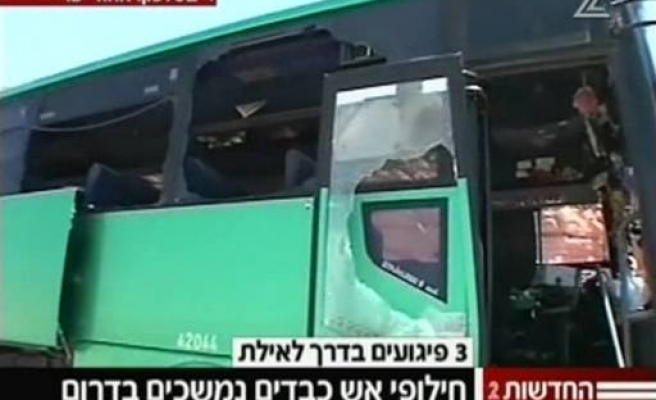 Gunmen killed six people in attacks on vehicles in southern Israel on Thursday.

Israel's military said the incident began when "terrorists shot at a bus on its way to (the city of) Eilat and then fired an anti-tank rocket at another vehicle. At the same time, a military patrol hit an explosive device".

The Magen David Adom ambulance service said six people were killed along the road, just metres from the porous border with Egypt. The military put the number of wounded at around 25.

Israeli special forces were called in and engaged the gunmen as police and military closed roads around Eilat, a popular Red Sea resort.

The military said between two and four gunmen were killed. Israeli media reports said up to seven attackers were killed.

A senior Israeli official said the gunmen, unable to cross into Israel through the heavily patrolled border with the Gaza Strip, had gone into the Sinai and then infiltrated from there into southern Israel.

"I saw two men in fatigues shooting at me," the bus driver, Benny Bilbaski, told Israel Radio. "I saw that there were wounded on the bus but I continued to drive on, looking straight not looking right or left. Once I got a kilometre past the area and I was out of range we took care of the wounded."

On Thursday, Egyptian security sources said it was unlikely the gunmen had come from Egyptian territory.

Security patrols on the Egyptian-Israeli border had not picked up on suspicious movements on the Egyptian side, a source said, adding that security had been heightened on the border after news of the incident.