Tlas strikes a contrast with veteran opposition leaders who have endured Syria's notorious jails as political prisoners, and with a new generation of leaders honed by the grit of street demonstration and armed resistance. 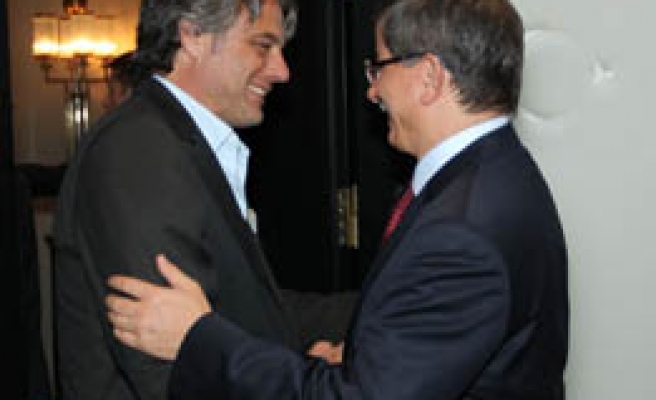 The flamboyant scion of a military family that has been a pillar of the Syrian establishment is flirting with the idea of playing a major role in the revolt, but a history of service to the Assad dynasty and lack of domestic support are not on his side.

Brigadier General Manaf Tlas, one of the most senior defectors from President Bashar al-Assad's rule, took a step on the international stage on Thursday by publicly meeting the foreign minister of Turkey, Syria's northern neighbour which is trying to shape a post-Assad leadership.

With a taste for lavish parties and expensive cigars, 48-year old Tlas strikes a contrast with veteran opposition leaders who have endured Syria's notorious jails as political prisoners, and with a new generation of leaders honed by the grit of street demonstration and armed resistance.

Tlas fled Syria earlier this month to France, where his sister, widow of a billionaire Saudi arms dealer, resides. He then went to Saudi Arabia. His father, General Mustafa Tlas, one of Assad's late father's most loyal lieutenants, had slipped quietly to Paris before his son.

The Tlas family are among the most prominent Sunni Muslims in an Assad inner circle that is drawn mainly from the Alawite minority sect.

In a statement announcing his defection, Tlas called for unifying efforts to build a new Syria while preserving its institutions. He did not openly call for military personnel to defect, as other officers who have joined the opposition have done.

"I am discussing with ... people outside Syria to reach a consensus with those inside. I left (Syria) ... to try to help the best I can to unite the honourable people inside and outside Syria to set out a road map to get Syria out of this crisis," Tlas told the Saudi newspaper Asharq al-Awsat.

His statements have been met by a lukewarm response from the opposition inside Syria, who say his defection came too late and that he lacked credibility.

Khaled Abu Salah, a street leader of the revolt who was wounded by Syrian army shelling on the city of Homs and is now in Istanbul, said it was unrealistic for Tlas to become leader of a transition favoured by the West that could allow Assad and his cohorts to leave Syria without standing trial.

Abu Salah said Tlas appears to have the backing of former vice President Abdulhalim Khaddam and Assad's uncle Rifaat al-Assad. The two, who live in Paris, are discredited for suspected corruption and their role in a 1980s campaign of repression in that killed tens of thousands, according to opposition sources.

"The first thing Tlas called for publicly is preserving the institutions, which means the army and security apparatus that have been killing Syrians for 50 years. Somehow there appears an acceptable face to an international community that has done nothing to stop the regime from massacring us," Abu Salah said.

"The Syrian people in no way will accept Tlas as leader. At most he might be OK as one of a group of military officers we are assembling to streamline military operations.

"We have suffered for 50 years from the military taking over civilian affairs. This era is coming to an end and we will not let Tlas repeat it," he added.

Mohammad Abdallah, a prominent opposition activist in the northwestern province of Idlib said: "Once you accept someone like Tlas, even for a so called transition, he becomes like Assad, almost impossible to remove from power. We will not substitute one family dictatorship with another."

As Syria's defence minister for more than three decades, during which Syria lost two wars to Israel, Tlas's father was better known as a playboy and for his attempt to court Western female celebrities than for his military achievements.

The elder Tlas's other son, Firas, a businessman, built a fortune through his family connections. In the last few years he appeared to have posed unwelcome competition to Assad's relatives, who increasingly took over major sectors of the economy as some restrictions on private enterprise were lifted.

Firas said in an earlier interview with al-Sharq al-Awsat that he has been supporting his cousin Abdelrazzaq Tlas, a commander from their hometown of Rastan who is now fighting against Assad's forces in nearby Homs.

Abdel Basset al-Rajab, head of a local opposition group in Rastan said Manaf Tlas had a better reputation than his father and is less mired in corruption, but that it would hit rebel morale if he were catapulted to the forefront of the revolt.

"He is a nice man but he has not fired a single bullet in 17 months or taken a serious risk to support the revolt. A new leadership has developed on the inside which has more popular legitimacy to lead this revolt or any transitional phase," he said.

Rajab, who was head of the Rastan Sports Club, said he used to see Tlas to ask for support for the club and that he always obliged.

"He has respect in the town, unlike his father, whom we want to put on trial," said Rajab, referring to Mustafa Tlas's role in the suppression of Hama in 1982, when Syrian forces killed more than 10,000 people to crush Sunni dissent.

"This is ridiculous. The next thing that will happen is that Bashar al-Assad will announce his defection and say I wanted to join the Syrian free army but my mother did not let me," opposition activist Moaz al-Jahhar said.