A UNICEF report has said that the availability of water in Syria has halved since the war began four and a half years ago and that the Assad regime has deliberately cut water to many areas. 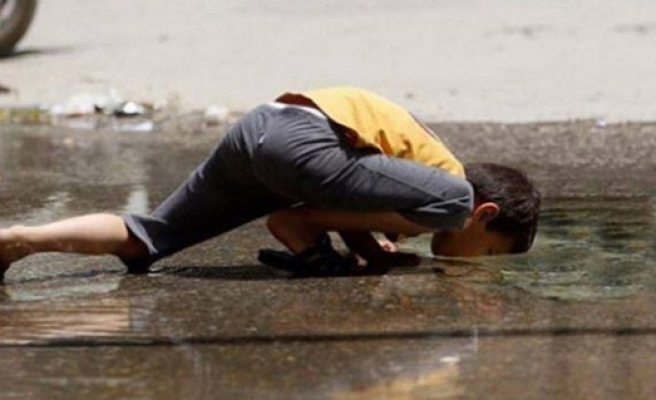 Water availability in Syria has been halved since the the beginning of the war that  began nearly four and a half years ago, with millions of people around in Syria having to endure “long and sometimes deliberate interruptions to their water supplies,” the United Nations said Tuesday.

In a report about the scarcity of water in Syria, Unicef said it had recorded 18 deliberate cuts to the public water supply in the northern city of Aleppo this year. “Taps in some communities were left dry for up to 17 days in a row — and for over a month in some areas of the city,” the report asserted, accusing antagonists in the conflict of “using water to achieve military and political gains.”

An article in the New York Times has said that there estimated that 2.3 million people in Aleppo, 2.5 million in Damascus and 250,000 in the southern city of Dara’a are suffering severe water shortages, and that children sent by families to collect water from water collection points often did so risking the lives of children. In recent weeks,  At least three children in the Aleppo area have been killedwhile collecting water, the report said.