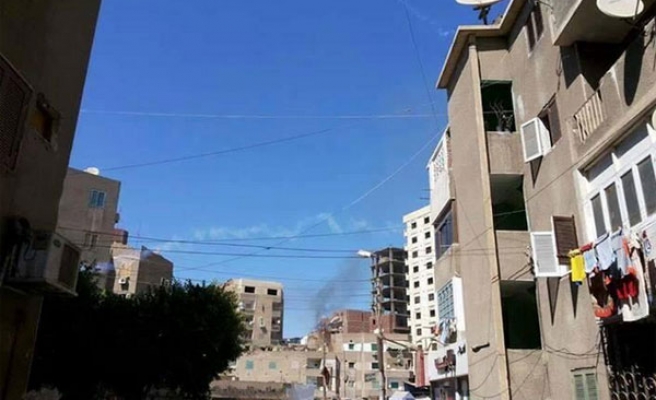 Violence erupted between pro-Morsi demonstrators and police in Fayoum, some 100 km south of Cairo, after protesters tried to storm the local security directorate, a security source told Anadolu Agency.

Police fired teargas to disperse the protesters, while gunshots could also be heard in the area.

According to the Muslim Brotherhood, the group from which the ousted president hails, scores of Morsi supporters suffered gas inhalation and birdshot injuries.

A policeman, too, was injured in the clashes.

"The policeman was taken to hospital in critical condition," Magdi al-Sayed, head of the Fayoum Ambulance Service, told AA.

In the Nile Delta governorate of Sharqiya, meanwhile, at least 15 people were injured in clashes between pro- and anti-Morsi demonstrators following Friday prayers.

According to medics, only one person was injured in the melee and received on-the-spot medical treatment.

An eyewitness at the scene said the clashes had erupted after Morsi supporters engaged in verbal skirmishes with opponents.

The ousted president's supporters staged a fresh round of rallies on Friday to denounce what they call the "military coup" against the elected leader and demand his reinstatement.

The rallies were called by the National Alliance for the Defense of Legitimacy, a coalition of groups supportive of the deposed president, under the banner "Eid of victory."

Ever since Morsi's July 3 ouster by the army following mass protests against him, his supporters have been staging daily demonstrations and sit-ins to condemn what they call the "military coup" against the elected president and demand his return to the presidency.

On Wednesday, interim Prime Minister Hazem al-Beblawi said the government would not retreat from its stated plan to break up the two sit-ins.