The prevalence of some groups in rebel-held areas, particularly in the north, has caused some opposition fighters to "give up" on their cause. 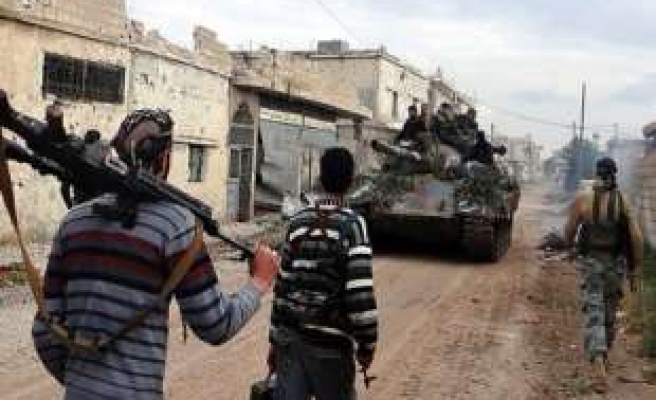 Opposition fighters are disillusioned by the twist of the so-called Syrian revolution, with growing numbers of them are signing up to a negotiated amnesty offered by the government, reported Biritish daily, the Telegraph.

The Telegraph said that the fighters are feeling they are losing the fight.

“At the same time, the families of retreating fighters have begun quietly moving back to government-controlled territory, seen as a safer place to live as the regime continues its intense military push against rebel-held areas.”

The Syrian government has established a “ministry of reconciliation" with the task of easing the way for former opposition fighters to return to the government side.

The minister in charge of reconciliation, Ali Haidar said: "Our message is, 'if you really want to defend the Syrian people, put down your weapons and come and defend Syria in the right way, through dialogue'."

“Haidar, who has a reputation as a moderate within the regime, has established a system in which opposition fighters give up their weapons in exchange for safe passage to government-held areas,” The Telegraph added.

"I used to fight for revolution, but now I think we have lost what we were fighting for," said Mohammed, a moderate Muslim rebel from the northern town of Raqqa who declined to give his last name. "Now extremists control my town. My family has moved back to government side because our town is too unsafe. Assad is terrible, but the alternative is worse."