A monitor says most of those killed appeared to be civilians, adding that the toll could rise further because of the number of seriously wounded 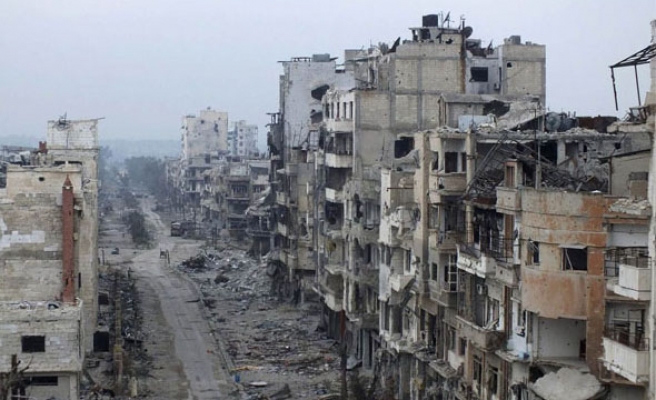 At least 46 people were killed and dozens injured on Sunday in a double car bomb attack in the central Syrian city of Homs, a monitor said.

The Britain-based Syrian Observatory for Human Rights said most of those killed appeared to be civilians, adding that the toll could rise further because of the number of seriously wounded.

Syrian state television broadcast footage from the scene of the attack in the Al-Zahraa neighbourhood, showing the air thick with dust and smoke rising from blazes started by the blasts.

Firefighters ran through debris strewn by the explosions as security forces and civilians tried to prise open the wreckage of one vehicle to retrieve a person inside.

Nearby, a charred body was carried away on a stretcher by emergency services workers.

The bombings appeared to have caused extensive damage, ripping the fronts off shops surrounding the site and mangling cars and minibuses.

Homs city is almost completely controlled by the Syrian government, and has regularly been targeted in bomb attacks.

Al-Zahraa neighbourhood in particular has been the target of multiple attacks, including last month, when at least 22 people were killed in a double suicide bombing claimed by the ISIL group.