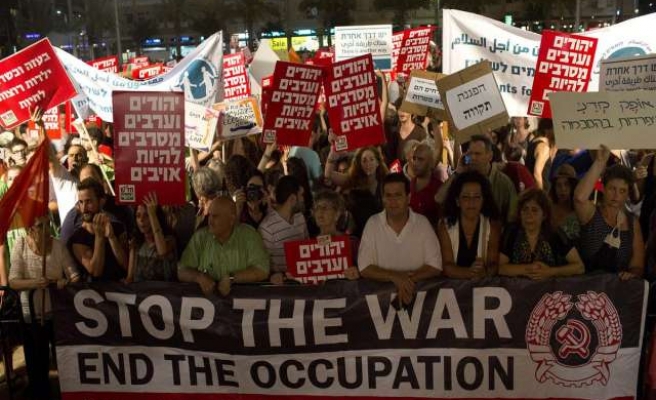 Dozens of Israeli activists held a protest in West Jerusalem on Saturday against racism against Arabs, two days after Israeli police said that they had arrested three right-wing extremists for their role in a suspected hate-crime attack on a Jerusalem school in which both Jews and Arabs study.

According to the Israeli paper, the three Lahava members were held in connection with last month's attack against the Max Rayne Hand in Hand bilingual Hebrew-Arabic school in Jerusalem.

The group's main goal is to prevent inter-faith marriages between Jews and Muslim or Christian Arabs, the paper noted.

According to Yedioth Ahronoth, the protesters shouted slogans against Lahava and accused the government of not taking enough action to end racism in Israel.

Some right-wing activists arrived in the scene and also shouted slogans against the protesters, the paper said.