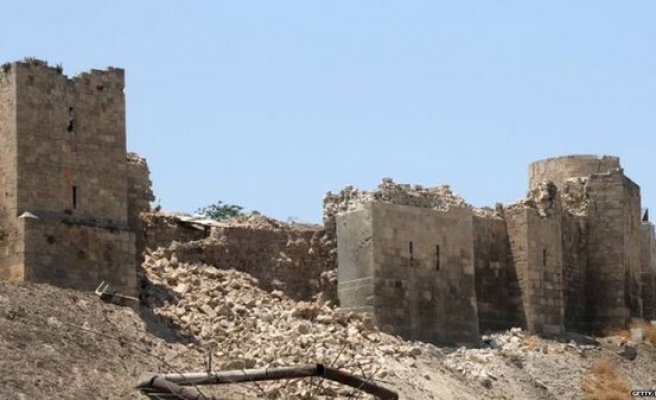 Armed opposition groups in south of Syria’s Aleppo city on Sunday killed dozens of troops loyal to the regime of President Bashar al-Assad and destroyed a number of regime vehicles, according to local sources.

The sources told Anadolu Agency that regime forces backed by Russian airpower had attacked several areas south of Aleppo, prompting clashes with opposition forces in which some 35 regime troops were killed and eight regime vehicles -- including five tanks -- were destroyed.

The same sources asserted that ongoing clashes had forced residents of the villages of Alhader and Aleis, both of which are located south of Aleppo, to flee their homes fearing Russian aerial bombardments.

They also noted that numerous civilians had been injured due to Russian bombardments of the villages of Marj and Alzorba.

Russia began carrying out airstrikes in Syria on Sept. 30. According to the Kremlin, the strikes are aimed at supporting the Assad regime -- an ally of Russia’s -- against the Daesh militant group, which remains in control of broad swathes of the war-torn country.

Turkey and several western countries, for their part, accuse Russia of targeting moderate groups in Syria opposed to Assad, several of which are supported by Ankara and Washington.

At least 250,000 people have been killed since the beginning of the Syria conflict in 2011, according to UN figures, with 7.6 million internally displaced and over four million having fled to nearby countries.