Unmanned surveillance aircraft have already been spotted over the city of Raqqa, the ISIL's stronghold in Syria 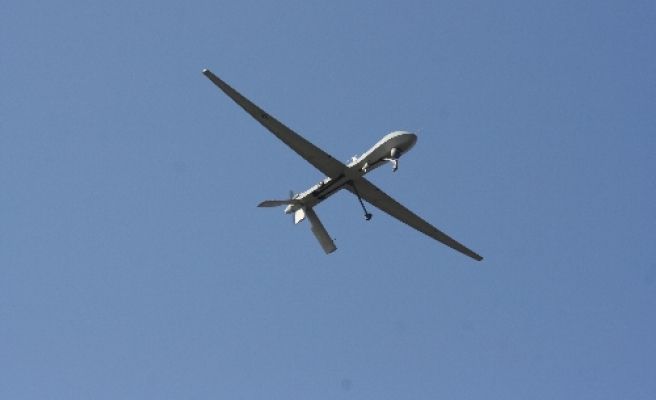 At least one unmanned surveillance aircraft has been seen over ISIL-controlled areas of the Syrian province of Aleppo, where the group has evacuated most of its bases, a group which tracks the war in Syria reported on Thursday.

Rami Abdulrahman, who runs the Syrian Observatory for Human Rights, said multiple sources in northeastern Aleppo had spotted at least one drone over towns including al-Bab and Manbij. "They hadn't seen them before," he told Reuters by telephone.

Al-Bab is 40 km northeast of Aleppo. Assad's forces and his opponents are battling for control of the city. ISIL appears to have halted its advance for now after seizing strategic hilltops in the area, the Observatory has reported.

The top U.S. military officer said on Tuesday the United States was not preparing to unleash a "shock and awe" campaign of overwhelming air strikes in Syria.

General Martin Dempsey, the chairman of the Joint Chiefs of Staff, has said the campaign in Syria would be "a persistent and sustainable campaign".

In apparent anticipation of U.S. action, ISIL has evacuated buildings it has been using as offices in Raqqa and other parts of Syria under its control. It has also been moving around its fighters and weapons, residents have said.