Dubai chief: Palestine should be a bi-national state

In a depature from Arab policy, the security head of Dubai Police has said a single, bi-national state is the answer to the Israeli-Palestinian conflict 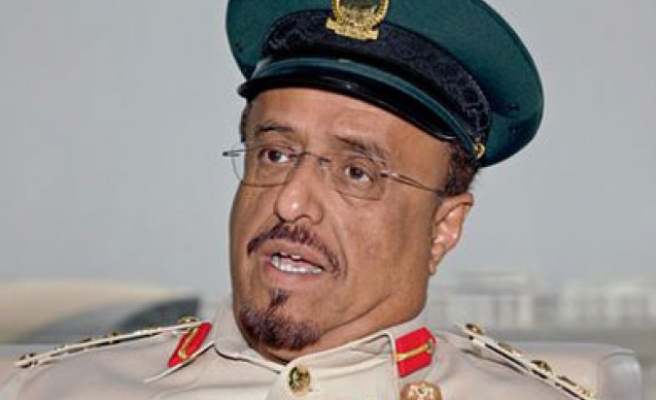 Lieutenant General Dahi Khalfan Tamim,deputy head of Dubai Police and General Security, has broken an Arab taboo by stating that Palestinians should abandon their hopes for an independent state and merge with Israeli Jews in a united, bi-national state instead.

In a series of comments made on his Twitter account Monday afternoon, Tamim made effort to gather support, claiming that a Palestinian state led by Arabs would  only by another name on a list  of failed states in the Arab world.

According to Tamim, the dream of such a state will never come true, since "Israel will only recognize Palestine if Palestinians become part of it."

Tamim controversially stated: "I suggest relinquishing the idea of a Palestinian state and being satisfied with an Israeli state that would include both Israelis and Palestinians and join the Arab League."

"Today, the Jews are heading the world's economy, without the Jews you Arabs would not have known how to deposit your money in the bank," Tamim continued.

In light of what he described as Arab incompetence in running a state and the economic talents of Jews, Tamim claimed that a joint Jewish-Palestinian state will only prosper under Israeli leadership.

However, according to his thesis, this bi-national state would ultimately become an Arab state, where Jews will be a minority, as Jewish citizens in the Arab world are.

"Seventy years after the bi-national state would be established, the Arab minority would become the majority and rule the state, just like it happened in South Africa," Tamim tweeted.

In another controversial tweet, the Dubai security chief wrote: "We should not treat Jews as our enemies. We should treat them as cousins with whom we have a controversy over land inheritance. "