Dubai may free convict of Chechen murder in 'Kadyrov deal'

A man convicted of assassinating a former Chechen commander in Dubai is close to having his life sentence lifted if the brother of the victim agrees to a deal to grant leniency, his lawyer said. 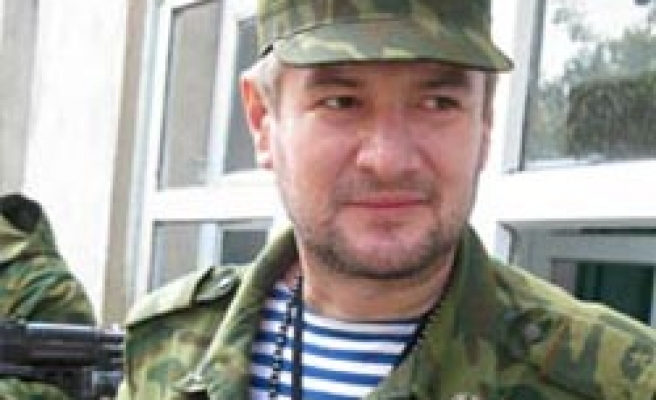 A man convicted of assassinating a former Chechen commander in Dubai is close to having his life sentence lifted if the brother of the victim agrees to a deal to grant leniency after he made unexpected peace with Chechen leader Ramdan Kadyrov, his lawyer said on Tuesday.

Sulim Yamadayev was gunned down last year in Dubai.

Under UAE law, a judge can grant leniency to those convicted of murder or overturn a verdict if a blood relative of the victim agrees.

Iranian Mehdi Taqi Dahuria and Makhsood Jan Asmatov of Tajikistan were convicted of aiding and abetting the murder.

Yamadayev was considered one of the last powerful opponents of Kadyrov's increasingly strong control over Muslim Chechnya, and Yamadayev's brother Isa accused him of killing Sulim and another brother, Ruslan.

But last month Isa unexpectedly made peace with Kadyrov.

During an appeal hearing in Dubai on Tuesday, Dahuria's lawyer said Isa Yamadayev was on the verge of agreeing to a deal under which the charges brought against Dahuria would be reduced or waived.

This could lead to a reduction in the sentence or even an acquittal, said the lawyer, Abdulla al-Madani.

"We have almost reached a deal. We are waiting for a final waiver of the charges from Chechnya," he told Reuters after the hearing, adding that the Chechen government was also involved in the talks.

"We will meet with a representative of the (Chechen) government either this week or next week and we will try to reach a deal that would conclude that he (Dahuria) is not guilty," Madani said. The hearing was adjourned to Oct. 12.

Isa Yamadayev, the brother of the murdered Chechen, was one of the most vocal critics of Kadyrov.

He had accused Kadyrov of ordering the murder of his brother Sulim in Dubai and the 2008 killing of another brother, Ruslan, a Russian parliamentary deputy who was shot on a Moscow street.

Sulim Yamadayev fought against Russia in the first Chechen war of 1994-96, when Moscow suffered a humiliating defeat.

After changing sides alongside Kadyrov, he became the pro-Russian commander of the Vostok battalion.

Sulim Yamadayev challenged Kadyrov for control of the local security forces until 2008, when he was dismissed from his command and forced to flee. He was the fifth Chechen living abroad to be killed in the space of six months.

Dubai police have accused a close adviser to Kadyrov, former deputy prime minister Adam Delimkhanov, of masterminding the assassination. Delimkhanov, who since 2007 has been a member of parliament in Moscow for the pro-Kremlin United Russia party, has denied involvement.

Three other suspects are also wanted by Dubai police.