Egyptian authorities said the terminal will remain open until Monday to allow all stranded pilgrims to cross. 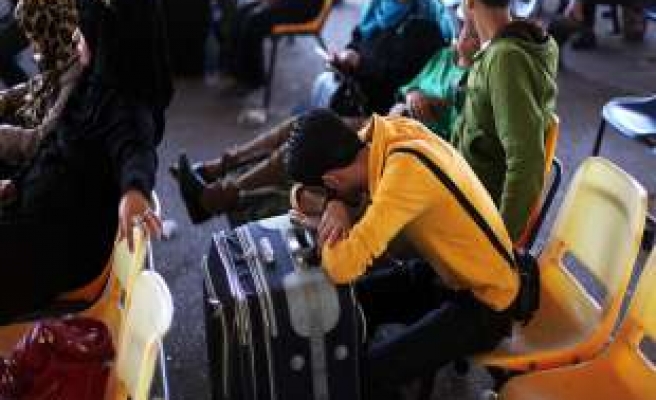 "The Egyptian side allowed eight trucks carrying 320 pilgrims to cross the terminal," Gaza's crossing and border authority said in a statement.

It said the terminal will remain open until Monday to allow all stranded pilgrims to cross, adding that the crossing will be opened on Tuesday from one direction to allow the return of Palestinians stranded on the Egyptian side.

Members of the Palestinian resistance group Hamas earlier today erected a protest tent outside the closed gates of the Rafah border crossing to demand its opening.

Egyptian authorities have tightened their control over the border with the Hamas-run Gaza Strip since last July's ouster of elected president Mohamed Morsi by the Egyptian army.

In recent weeks, Egypt has repeatedly closed the Rafah crossing, which – due to an ongoing, eight-year Israeli siege – represents Gaza's only window to the outside world.

The Egyptian army has also launched a campaign aimed at destroying the network of tunnels linking Gaza to Egypt's Sinai Peninsula, which in recent years had been used to bring vital commodities into the besieged coastal enclave, home to nearly 2 million Palestinians.

Hamas, an ideological offshoot of the Muslim Brotherhood, the group which propelled Morsi to power in the 2012 elections, has controlled the Gaza Strip, since 2007.