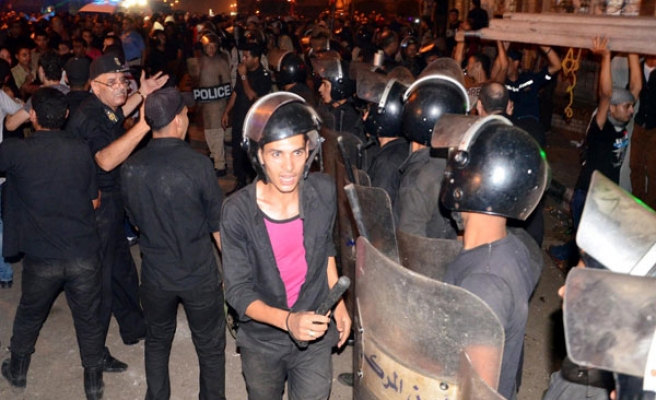 Egypt has been detaining Syrian refugees without charge and threatening to deport them in a climate of growing hostility since the army seized power last month, the rights group Human Rights Watch (HRW) said on Thursday.

Many of the 90,000 or more Syrians who have come to Egypt to escape their civil war have complained of harassment since president Mohamed Morsi was toppled on July 3, and fear they are being made scapegoats for Egypt's domestic troubles.

In particular, a flurry of media reports and government assertions that foreigners have infiltrated Egypt and are taking part in violence have sown widespread distrust.

Human Rights Watch, based in New York, said Egyptian police had arrested 72 Syrian men and nine boys on July 19 and 20 alone, including registered asylum seekers and at least nine with valid visas or residence permits. At least 14 were threatened with deportation.

"A tense political climate is no excuse for police and army officers to pull dozens of Syrian men and boys off of public transport and throw them in jail without regard for their rights," said Nadim Houry, deputy Middle East and North Africa director at Human Rights Watch.

Morsi last month announced he was cutting off diplomatic ties with Syria, and some of his Sunni Muslim followers had talked openly of waging holy war against forces loyal to Syrian President Bashar al-Assad, who is backed by Iran and the Lebanese Hezbollah.

But the new army-backed administration in Cairo has distanced itself from Morsi's position, indicating a desire to return to a more neutral role.

Under Mursi, Syrians were allowed to enter Egypt without a visa, but this has now been reversed, and hundreds have been turned away after arriving at airports without entry permits.

Mohamed al-Dairy, head of UNHCR in Egypt, said his agency had asked authorities to stop the deportations and urged Egypt to continue providing protection to Syrians.