No official statement has yet been made on the incidents. 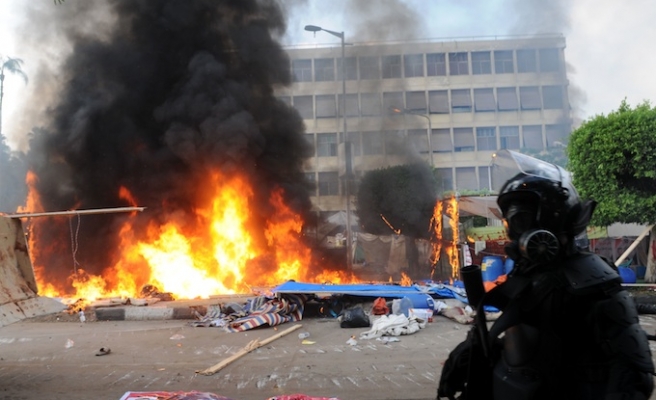 Egyptian security authorities arrested 17 people on Sunday in connection with the sectarian violence that erupted in the Upper Egyptian province of Minya a day earlier.

Security sources said that at least 16 Muslims were arrested in connection with the arson spree along with the Coptic youth suspected of involvement in the alleged incident.

Security agencies are currently trying to secure a safe temporary departure for his family for fear of reprisal.

No official statement has yet been made on the incidents.

Christian Copts make up between 8-10% of Egypt's population of 90 million people, according to unofficial estimates.