Egypt asks US to free last citizen at Guantanamo 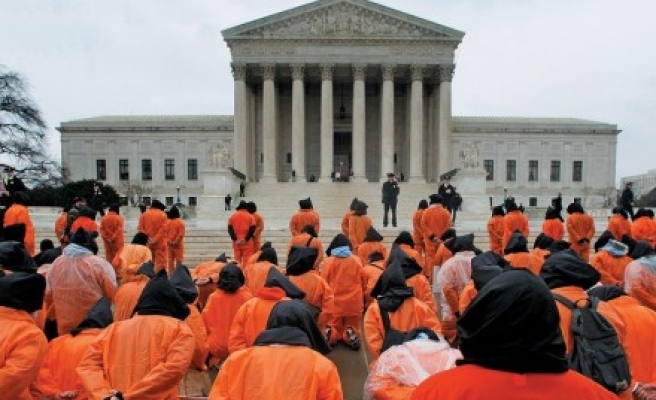 Egypt has asked the United States to free an Egyptian held at Guantanamo Bay since 2001 and who had been charged with backing insurgent groups in Afghanistan, the Foreign Ministry said on Thursday.

During his campaign for the presidency, President Mohamed Mursi promised to work for the release of Sheikh Omar Abdel Rahman, the spiritual leader of Al-Gama'a al-Islamiya who is serving a life sentence in the United States for allegedly planning attacks in New York.

Mursi did not raise the case during a July 14 meeting with U.S. Secretary of State Hillary Clinton in Cairo, Clinton said when asked about the issue.

El Sawah has been detained in Guantanamo without trial or proof of crime, the letter said, adding the Egyptian government will appoint an American lawyer specializing in the rights of Guantanamo prisoners to defend him.