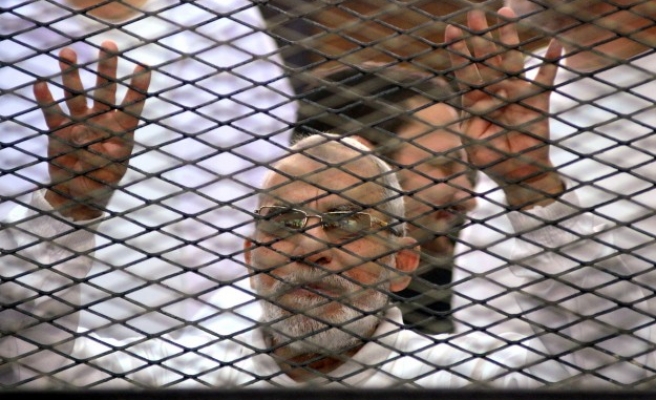 An Egyptian court has recommended the death sentence for the leader of the Muslim Brotherhood and 682 supporters, and handed down a final capital punishment ruling for 37 others, judicial sources said.

Seeking the death penalty for Mohamed Badie, the Brotherhood's general guide, is certain to raise tension in Egypt which has been gripped by turmoil since the army removed the Brotherhood from power last year.

Death sentence recommendations in the case involving Badie will be passed on to Egypt's Mufti, the highest religious authority. His opinion is not legally binding and can be ignored by the court.

The biggest trials in Egypt's modern history have reinforced fears among human rights groups that the military-backed government and anti-Islamist judges are bent on crushing dissent.

"The decisions are possibly the largest possible death sentences in recent world history. While they're exceptional in scale, they're certainly not exceptional in kind," said Sarah Leah Whitson, executive director for Middle East and North Africa at Human Rights Watch.

The rulings can be appealed. Many defendants are on the run.

Policemen used teargas on Monday to disperse students at Al-Azhar University in eastern Cairo protesting against a decision by a court in the Upper Egyptian province of Minya to sentence 37 supporters of ousted president Mohamed Morsi to death.

Confrontations then erupted between the protesting students and policemen on the campus.

Eyewitnesses said the students pelted policemen with stones and blocked the nearby Mustafa al-Nahas Street, disrupting traffic in the area.

The residents of Dalga village in southern Minya also staged a march against the verdicts, eyewitnesses said.

Egypt's army-backed authorities have launched a massive crackdown on the Muslim Brotherhood since elected president Mohamed Morsi's ouster by the army last July.

In the eight months since, thousands of the groups' members and sympathizers have been arrested.