Muslim Brotherhood Supreme Guide Mohamed Badie is already standing trial in ten other cases in which he faces violence-related charges. 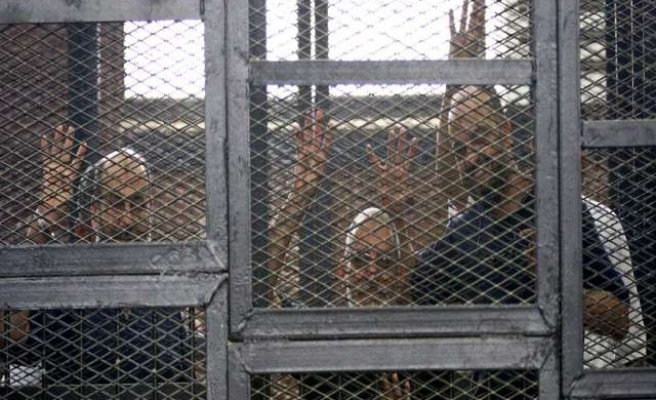 Egypt's prosecutor-general has referred Muslim Brotherhood Supreme Guide Mohamed Badie and 104 others to a criminal court on fresh violence-related charges.

The defendants are accused of committing acts of violence in the canal province of Ismailia, which left at least three people dead in June of last year.

In a Monday statement, the prosecutor-general said the defendants had planned to "occupy" the governor's office using firearms, killed three people, and planned to kill 16 others.

According to the statement, Badie had met with Brotherhood leaders with the intention of confronting the state following the ouster of president Mohamed Morsi, while the Brotherhood's guidance office had ordered local group members to carry out the plot.

Badie is already standing trial in ten other cases in which he faces violence-related charges.

The new trial is the latest in a series of cases in which Morsi's supporters have been charged with inciting violence – accusations the defendants emphatically deny.

Morsi, Egypt's first freely elected leader, was ousted by the army last year – and later imprisoned on a raft of criminal charges – following demonstrations against his presidency.

The government has since designated the Muslim Brotherhood, the group from which Morsi hails, a "terrorist" organization.

A Judicial disciplinary council on Monday upheld a previous decision to force Talaat Abdullah, the prosecutor-general under ousted president Mohamed Morsi, into retirement, a judicial source has said.

The source, who asked not to be named, added that the Judges' Disciplinary Council, an affiliate of Egypt's Supreme Judicial Council, the country's highest judicial authority, had decided to force Abdullah to retire while allowing his deputy, Justice Hassan Yassin, to return to the judiciary.

On June 27, the council referred Abdullah to retirement after accusing him of planting recording devices in offices to eavesdrop on his successors.

Abdullah's successor, Hesham Barakat, filed a report with the Supreme Judiciary Council earlier this year in which he alleged that he had found the devices by chance in his and his deputy's offices.

Before being appointed prosecutor-general by Morsi in November 2012, Abdullah had served as deputy head of Egypt's Appeals Court.

Abdullah initially appealed the disciplinary council's decision to refer him to retirement. But on Monday, the council turned down the appeal request and upheld its initial decision.

The council also rejected an appeal lodged by seven judges from a pro-Morsi coalition who were forced to retire by the council earlier for "taking sides with a political group" and "involvement in politics."