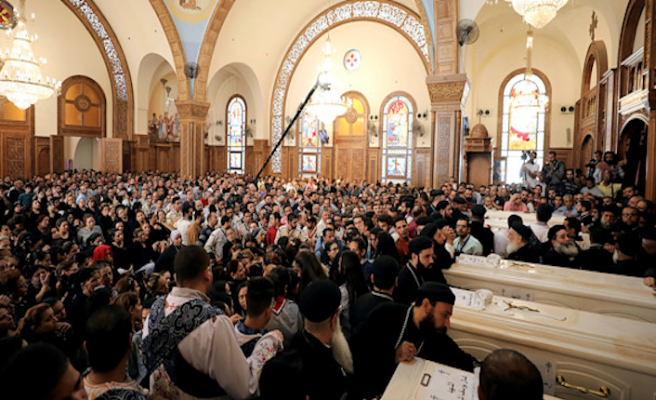 Egyptian Copts on Saturday paid farewell to seven people killed in an attack on a bus carrying Coptic Christians to a desert monastery in central Egypt a day earlier.

Amid a state of grief, a Mass was held for the victims in the Church of the Prince Tadros in Minya province, the Coptic Orthodox Church said in a statement.

Six victims were members of the same family.

The Daesh terrorist group has claimed responsibility for the attack, which also injured seven people.

An Egyptian security source told the official MENA news agency that the victims had taken a side road to go St Samuel Monastery, as the main road had been closed upon security orders due to the monastery’s desert location.

Egyptian authorities have launched a manhunt for the attackers.

Friday’s attack was the second of its kind in the same area within the last year and a half.

In May of last year, at least 29 people were killed when gunmen opened fire on two buses that had also been carrying Christians to the Saint Samuel Monastery in an attack claimed by Daesh.

Coptic Christians are estimated to account for roughly 15 percent of the country’s overall population of some 104 million.