Qatar-based news channel Al Jazeera English reported that Fahmy was expected to be released and deported to Canada. 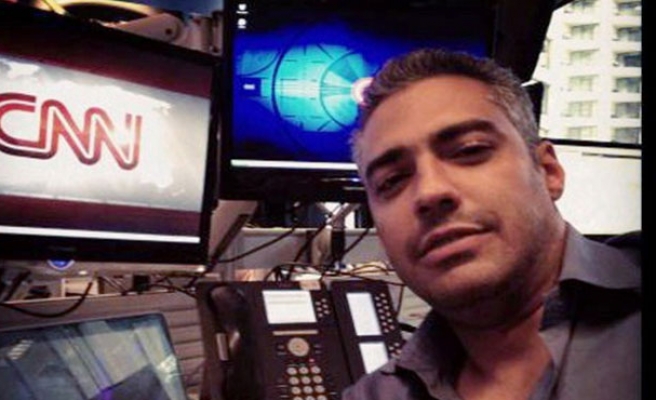 Fahmy's colleague, Peter Greste, an Australian citizen, was released on Sunday. A third journalist, Baher Mohamed, an Egyptian national, is still in prison in Cairo.

The thee men were sentenced last June to between seven and 10 years on charges including spreading lies to help "a terrorist organisation" - a reference to the now-outlawed Muslim Brotherhood.

Al Jazeera said that Fahmy had renounced his Egyptian citizenship, in a move that paves the way for him to be deported under a presidential decree.

On Monday, Canadian Foreign Minister John Baird told the Canadian Broadcasting Corporation that Fahmy's release was "imminent". Baird did not elaborate, however, as to whether he meant hours or days.

A security source said on Sunday that Fahmy was expected to be released and deported to Canada within days.

Egyptian authorities accuse Qatar-based Al Jazeera of being a mouthpiece of the Muslim Brotherhood, the Qatari-backed movement which President Abdel Fattah al-Sisi toppled in 2013 when he was Egypt's army chief.