The family of the ousted president said the charges were fabricated in order to tarnish their reputation. 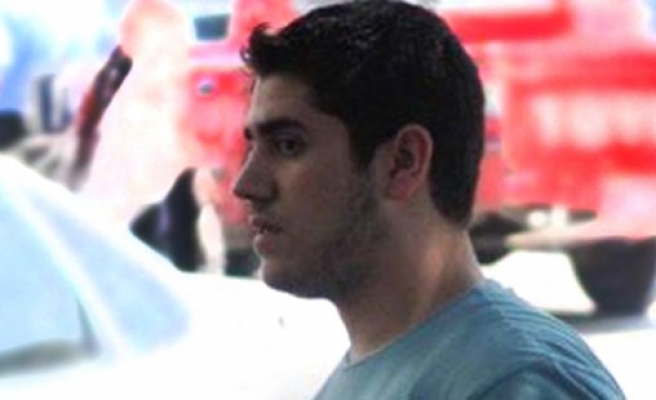 An Egyptian court has slapped Abdullah Morsi, the youngest son of ousted president Mohamed Morsi, along with a friend, with one year in jail for illegal drug possession.

"We will appeal the verdict," Abdullah's lawyer, Mohamed Saber, told Anadolu Agency by phone on Wednesday.

The pair was tried in absentia as they had been released earlier pending trial, the lawyer said.

"But after today's ruling, they will be pursued by security forces to apply the verdict," he said.

Abdullah and his friend were referred to court in May on charges of possessing and taking narcotics after they were arrested while sitting in a parked car in northeastern Cairo.

The authorities said that two hashish cigarettes had been found in their possession.

At the time, the family of the ousted president said the charges were fabricated in order to tarnish their reputation, but a subsequent drug test is said to have supported the charges.

"The verdict merely aims to settle scores," Osama wrote on his Facebook page.

"We are no more important than the detainees and the martyrs," he added, referring to the hundreds of pro-Morsi demonstrators killed – and the thousands rounded up – since Morsi's ouster by the military one year ago.

Morsi – Egypt's first freely-elected president, who was ousted by the army last July after only one year in office – now faces trial on multiple charges, including incitement to murder, mass jailbreak and espionage.

The ousted leader says all the charges against him and his co-defendants are politically motivated. He has refused to recognize the trials' legitimacy and insists he remains Egypt's legitimate president.

Egyptian authorities on Wednesday arrested Magdi Qurqur, spokesman for the National Alliance for the Defense of Legitimacy – the main support bloc of ousted president Mohamed Morsi – and secretary-general of the Islamist Independence Party, a lawyer for the party has said.

"Qurqur was arrested at his home without being informed of the charges against him," lawyer Ashraf Emran told Anadolu Agency.

He said Qurqur had been taken to a police station in eastern Cairo's Nasr City district, adding that Qurqur's opposition to Egypt's army-backed authorities was the likely reason for his arrest.

Anadolu Agency could not obtain immediate comment from the authorities regarding Qurqur's arrest.

Police also raided the home of Alaa Abul-Nasr, a leading member of the pro-Morsi alliance.

"These arrests are a message from the coup authorities that they plan to continue persecuting us," Qurqur had said of Tuesday's arrests – only one day before he, too, was detained.

He added that the pro-Morsi alliance's strategy would not be affected as a result of the latest arrests.

The alliance is calling for mass protests on Thursday to coincide with the passage of one year since Morsi's ouster by the army.