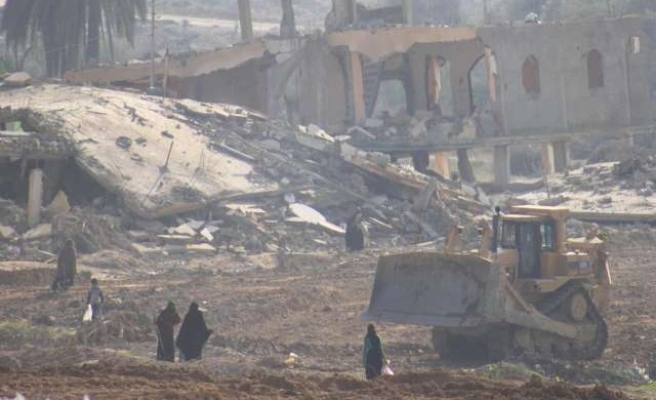 World Bulletin / News Desk
An Egyptian court on Monday rejected a lawsuit – citing lack of jurisdiction – that would seek to designate Palestinian faction Hamas as a "terrorist" group, a judicial source has said.

The Cairo Court of Urgent Matters heard the lawsuit, which was filed by lawyer Samir Sabri. Sabri had called for labeling Hamas a "terrorist" movement, claiming the group had "carried out terrorist attacks in Egypt through tunnels linking the Sinai Peninsula to the Gaza Strip.

"The court decision is in line with Hamas' repeated denials that it is interfering in Egypt's affairs," Radwan told The Anadolu Agency.

"We hope the ruling will be a first step towards the restoration of relations between Egypt and Hamas," he said, referring to an earlier ruling by the same court outlawing Hamas' activities in Egypt and confiscating its offices.

In its ruling last year, the court had said the ban on the group's activities in Egypt would be temporary until another court – which is trying ousted President Mohamed Morsi for alleged "collaboration" with Hamas to carry out "hostile" acts in Egypt – delivers its final verdict.

Egypt's media has also blamed Hamas, an ideological offshoot of the Brotherhood, for a series of deadly attacks on security forces since Morsi's ouster.

Hamas has consistently denied the allegations.