Egypt has been without a parliament since June 2012 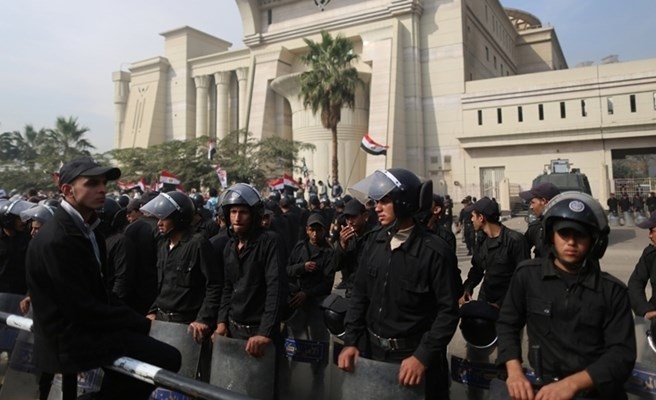 Egypt's Supreme Constitutional Court ruled on Sunday that an article in a law defining voting districts was unconstitutional, opening the way for a possible delay in a long-awaited March-April parliamentary poll.

Egypt has been without a parliament since June 2012 when a court dissolved the democratically elected main chamber, reversing a major accomplishment of the 2011 uprising that toppled autocrat Hosni Mubarak.

"The court ruled that Article 3 in Presidential Decree Law 202 for 2014 on dividing constituencies in the parliamentary election ... was unconstitutional," said judge Anwar al-Asy.

The Administrative Court is due to meet later this month to rule on whether the election will be delayed, judicial sources said.

The parliamentary election is the final step in a political roadmap the army announced in July 2013 after ousting Mohamed Mursi, Egypt's first democratically elected president, following mass protests against his troubled year in office.

In the absence of parliament, Sisi has wielded legislative authority to introduce economic reforms that have impressed investors, while also curtailing political freedoms.