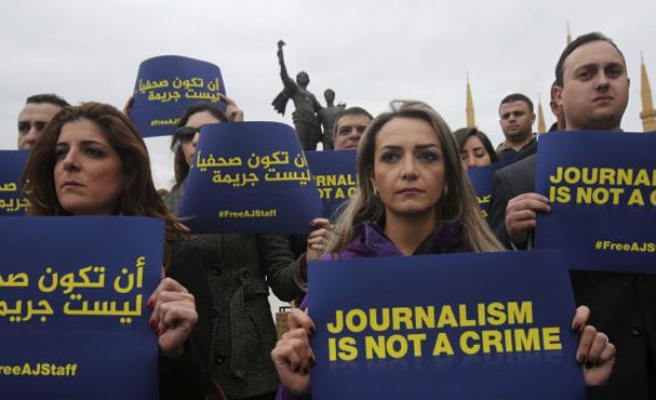 Egypt has lashed out at a U.S. report criticizing its human rights record, saying that the report included “misinformation and exaggerations.”

In its annual report on human rights on Thursday, the U.S. State Department said that Cairo was stifling free and open media and the development of civil society through the imprisonment of journalists, bloggers and non-violent critics.

The report also highlighted the mass trials of opponents and the arrest of thousands of protesters during anti-government rallies.

But the Egyptian Foreign Ministry said in a Friday statement that the U.S. report was based on “information taken from NGOs that lack credibility and accuracy.”

“The report is far from being accurate and credible,” the ministry said.

It went on to say that the report failed to highlight efforts by the Egyptian government to improve the status of human rights and working conditions, empowering women and fighting poverty.

The Committee to Protect Journalists (CPJ) said in a report released Thursday that Egyptian authorities were holding 18 journalists behind bars, the highest number in the Arab country since record keeping began in 1990.

Egypt has been in the throes of turmoil since the military overthrew elected President Mohamed Morsi in a 2013 coup.

Since Morsi's ouster, Egyptian authorities have carried out a relentless crackdown on dissent that has mainly targeted the ousted president’s supporters, leaving hundreds dead and thousands behind bars.