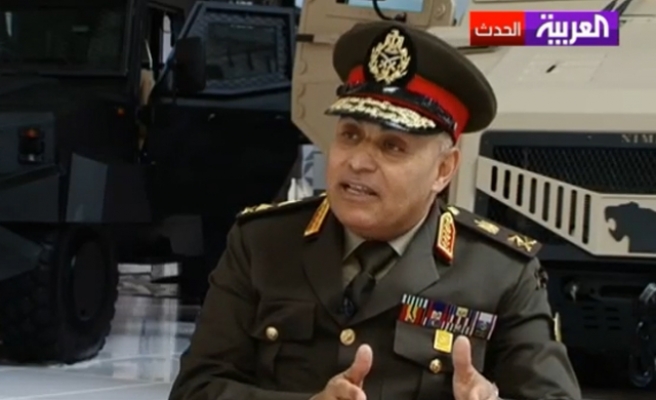 World Bulletin / News Desk
Egypt's Defense Minister Sedki Sobhi on Saturday left Egyptian capital Cairo for Moscow to start an official visit to Russia during which he will discuss military and security cooperation with the country.

The Defense Minister accompanied a high-level military delegation in his visit, army spokesman Mohamed Samir said on his Facebook page, noting that Sobhi would spend several days in Russia.

He added that the Defense Minister would discuss means of expanding military and security cooperation with Russia during meetings with a number of Russian military officials.

He said the talks would also dwell on the exchange of military expertise and joint training.

Sobhi's visit to Russia comes only one day before an expected visit to Cairo by the Head of the Kremlin's Security Council, Nikolai Patrushev.

The Egyptian presidency said on Saturday that Patrushev would visit Cairo on Sunday at an invitation from Egyptian National Security Advisor, Fayza Abul-Naga.

It added in a statement that during his visit to Egypt, Patrushev will meet with a host of Egyptian officials, including President Abdel-Fattah al-Sisi.