The statement said that Foreign Minister Sameh Shoukry had cancelled a meeting with his Turkish counterpart Mevlut Cavusoglu in protest at Erdogan's speech. 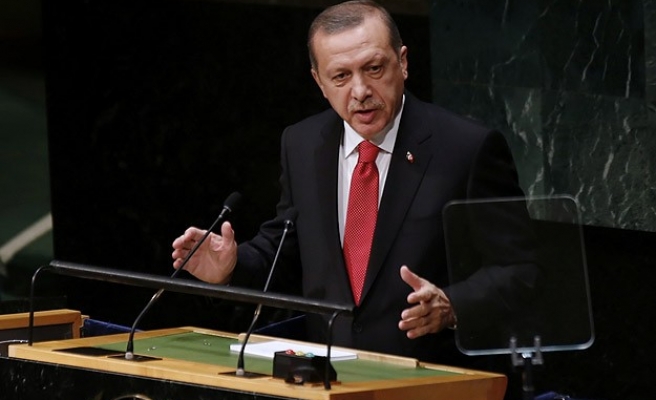 Egypt has condemned a speech by Turkish President Recep Tayyip Erdogan at the U.N. General Assembly in which he criticized U.N. inaction on the "coup" in Egypt.

"[Erdogan's speech] included lies and fabrications and totally disregarded the will of the great Egyptian people as reflected on June 30 [the mass protests that led to the ouster of president Mohamed Morsi by the military on July 3 of last year]," the Egyptian Foreign Ministry said in a statement early Thursday.

The statement said that Foreign Minister Sameh Shoukry had cancelled a meeting with his Turkish counterpart Mevlut Cavusoglu in protest at Erdogan's speech.

Egypt had said that Cavusoglu had asked to meet Shoukry on the sidelines of the U.N. General Assembly meetings, a claim denied by Ankara.

In his speech at the U.N. General Assembly early Thursday, Erdogan criticized the U.N. inaction on what he described as the "coup" in Egypt.

"If we are going to defend people who come to power through coups, then I ask the question why we exist as the United Nations," he said.

Egyptian security forces then mounted one of the fiercest crackdowns against the movement, killings hundreds of supporters at a Cairo protest camp, arresting thousands and putting Mursi and other leaders on trial trial.

Erdogan delivered a speech which featured stinging criticism of Sisi's rise and what he called inaction after Mursi's overthrow.

"Again, those objecting (to) the murders in Iraq, Syria and the murder of democracy in Egypt are subjected to certain unfair and groundless accusations and almost immediately accused of supporting terrorism," said Erdogan.

"The United Nations as well as the democratic countries have done nothing but watch the events such as overthrowing the elected president in Egypt and the killings of thousands of innocent people who want to defend their choice. And the person who carried out this coup is being legitimized."

"If we defend democracy, then let's respect the ballot box. If we will defend those who come to power not with democracy but with a coup then I wonder why this U.N. exists," Erdogan said in his speech.