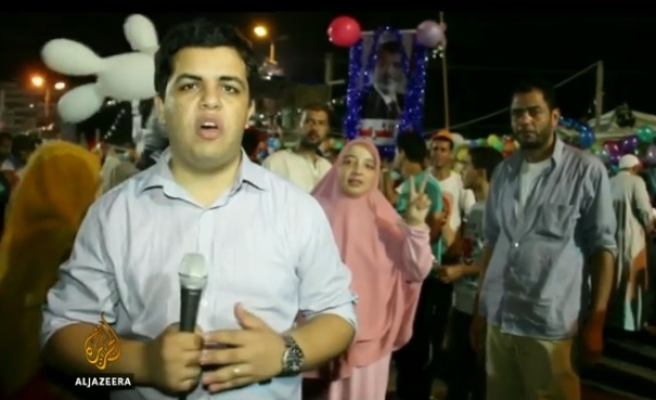 Egypt's public prosecutor ordered the release on Monday on medical grounds of Al Jazeera journalist Abdullah Al-Shamy, who had been on hunger strike for more than 130 days in protest over his detention, a statement from the prosecutor's office said.

Three other Al Jazeera journalists are on trial on charges of aiding ousted President Mohamed Morsi's Muslim Brotherhood, which the state has declared a terrorist group as part of a fierce security crackdown after the army ousted Morsi last July.

A court said on Monday it would rule on June 23 in their case.

Shamy was one of 13 people freed on health grounds on Monday, all of whom were arrested when police dispersed Morsi supporters in northeast Cairo on Aug. 14 last year, the most violent day in Egypt's recent history which left hundreds of people dead including dozens of police officers.

The other 12 were supporters of the Muslim Brotherhood.

Their lawyers had appealed to the prosecution for their release on health grounds, saying they were all suffering from ailments, a prosecution source said.

Shamy and the Brotherhood supporters were charged with violence and killing police officers.