Egyptian Prime Minister Hazem el-Beblawi said on Monday the government is to resign, paving the way for army chief Field Marshal Abdel Fattah al-Sisi to declare his candidacy for presidency 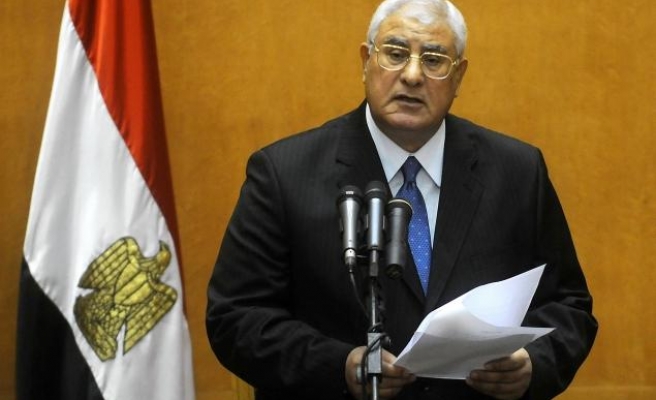 Egypt's government has resigned, the prime minister said on Monday, paving the way for army chief Field Marshal Abdel Fattah al-Sisi to declare his candidacy for president of a strategic U.S. ally gripped by political strife.

"(The government) made every effort to get Egypt out of the narrow tunnel in terms of security, economic pressures and political confusion," Prime Minister Hazem el-Beblawi said in a live nationwide speech.

Beblawi, who was tasked by interim President Adly Mansour with running the government's affairs until the election, did not give a clear reason for the decision.

For Sisi to run for president he would first need to leave his post as defence minister. "This (government resignation) was done as a step that was needed ahead of Sisi's announcement that he will run for president," an Egyptian official said.

He told Reuters that the cabinet had resigned en masse as Sisi did not want to appear to be acting alone.

The top military commander has unveiled a political roadmap meant to lead to elections after toppling President Mohamed Mursi of the Muslim Brotherhood in July.

The vote is expected within months in Egypt, which has great geo-strategic importance due to its peace treaty with Israel and control over the Suez Canal, a vital global shipping lane that is the shortest between Asia and Europe.

Egypt's stock market rose 0.26 percent after news of the government's departure to 8029.37 points, reversing losses from earlier in the day.

The Muslim Brotherhood accused Sisi of plotting a coup, and human rights groups say that abuses under his watch are growing by the day, allegations the army-backed government denies.

The government has also cracked down on some secular activists who were instrumental in unrest that overthrew autocrat Hosni Mubarak in 2011 and who supported Mursi's removal. They are languishing in prisons and face trial.

Outgoing housing minister tipped to be Egypt's next PM

"There is already consensus to assign Mehleb with heading up the next government; there's an inclination to name him [as PM]," the source, who asked not to be named, told Anadolu Agency.

The source added that Mehleb's cabinet line-up "would not be temporary; it would be expected to last for a long time."

According to the presidency source, at least six ministers will retain their current portfolios.

But he stopped short of stating who these ministers were or whether they included Defense Minister Abdel-Fattah al-Sisi, who is widely expected to soon announce his intention to run for president.

The next government's first major task will be improving basic services and supervising upcoming presidential polls, due within two months, the source added.