Egypt has no evidence to accuse Hamas

"Palestinians are currently struggling with both a blockade and the accusations directed against them," Hamad said in denying slanderous accusations from Egypt. 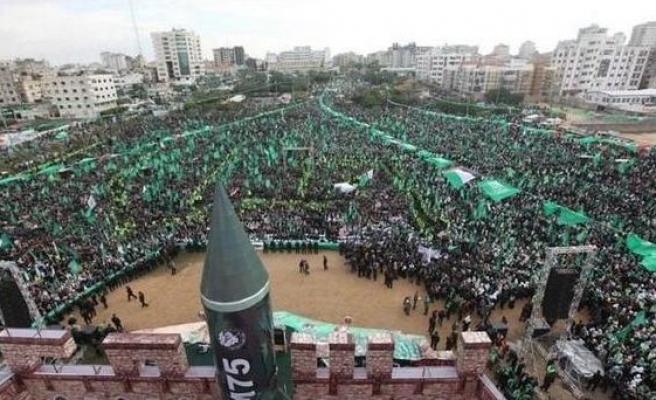 "Egypt has no evidence to accuse Hamas or Palestinians for the events in Egypt," said Palestinian Deputy Foreign Minister Ghazi Hamad, referring to the accusations directed by Egypt at Hamas.

Speaking at a symposium on "The Future of Egypt-Palestine Relations" organized in Gaza by the Beyt'ul Hikme Institute for Consultation and Conflict Resolution, Hamad asserted that the Gaza Strip and the Peninsula were completely secure, saying "There is no breach in the region by Palestinian security forces."

"Palestinians are currently struggling with both a blockade and the accusations directed against them. I don't think the people of Egypt are deceived by these lies and slanders. What Egypt and Egyptians need to do is embrace the Palestinian cause," said Hamad.

Hamad also pointed out the importance of developing a strategic and visionary political program in order to end division, protect the rights of Palestinians and fight Israel.

Me'mun Ebu Amir, author and political analyst also speaking at the symposium, claimed that the Egyptian media had a big role in increasing the animosity and hatred against Gaza.

Noting that there was no interference in Egypt's domestic affairs, Ebu Amir said that the Egyptian media was very successful imposing on the people of Egypt the thesis that Gaza, not Israel constituted a strategic danger.

"It is all because Hamas failed to establish relations with the political groups in Egypt and focused on Muslim Brotherhood instead," Ebu Amir said referring to the issues with Hamas' Egypt policy.