Egyptian authorities have cracked down on dissent since last year's ouster of elected president Mohamed Morsi by the military, arresting thousands of Morsi's supporters on violence-related charges. 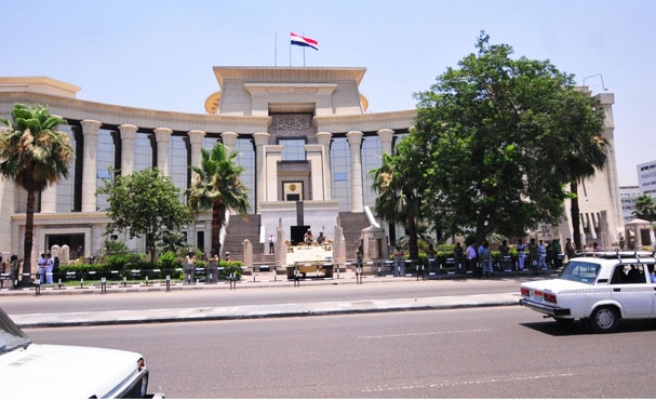 The same court slapped 15 activists charged with unlicensed protesting and riots with three-year jail terms each. The activists were tried in absentia in connection to clashes that broke out between security forces and protesters in Cairo last November.

Meanwhile, a Cairo criminal court jailed 63 anti-regime opponents for 15 years and five others for ten years in connection to violence that erupted during official celebrations of a military victory over Israel on October 6 of last year.

A court in the central Minya province also slapped 18 supporters of ousted president Mohamed Morsi with 18-year jail terms and $18,000 fine each for violence-related charges. The defendants were tried in absentia.

Egyptian authorities have cracked down on dissent since last year's ouster of elected president Mohamed Morsi by the military, arresting thousands of Morsi's supporters on violence-related charges.

The defendants, however, insist that the charges are "politically driven".

Egypt's Transitional Justice Minister Ibrahim al-Henedi has denied plans to amend a controversial protest law that has drawn the ire of human rights groups and activists in the country.

"We neither have plans to amend the [protest] law nor has the government asked [to make amendments]," al-Henedi told Anadolu Agency on Tuesday.

He, however, said that amendments proposed by the state-run National Council for Human Rights to the law have been sent to the government, but declined to elaborate about the proposed amendments.

In recent weeks, dozens of detained Egyptian activists have begun an open-ended hunger strike to protest their ongoing detention under the protest law.

A recent report by the Egyptian Center for Economic and Social Rights, a local NGO, found over 41,000 cases of Egyptians who had been subject to prosecution since last year's ouster of elected president Mohamed Morsi by the army.