Egypt lashes out at US for cutting military aid 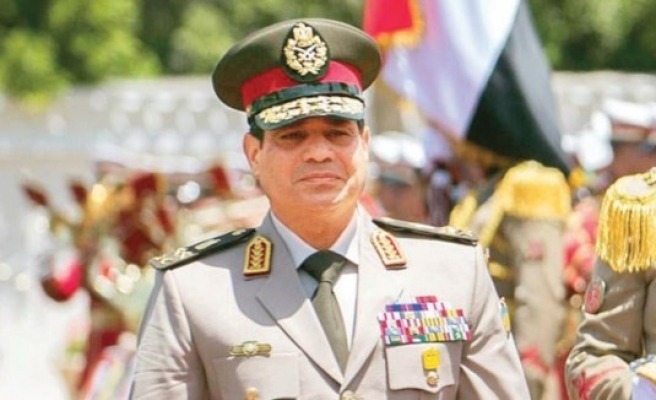 Egypt on Thursday criticised the U.S. decision to halt some aid to the army-backed government following a crackdown on the Muslim Brotherhood that has plunged the country into a violent political crisis.

Washington faces a dilemma in dealing with a major regional ally that controls the strategic Suez Canal and borders Israel but whose army overthrew the first freely elected president, Mohamed Mursi, after mass protests against his rule.

It said on Wednesday it would withhold deliveries of tanks, fighter aircraft, helicopters and missiles as well as $260 million in cash aid but left some other aid programmes intact.

The U.S. position highlights the dilemma and also exposes differences with key Gulf ally Saudi Arabia, which had welcomed Mursi's removal and has lavished extensive financial support to the new government.

It also raises the question of where Egypt, the second largest recipient of U.S. aid after Israel, could now turn for more military aid.

"The decision was wrong. Egypt will not surrender to American pressure and is continuing its path towards democracy as set by the roadmap," Foreign Ministry spokesman Badr Abdelatty told a private Egyptian radio station Radio FM.

The decision was made pending progress on democracy and human rights but the State Department said it would continue military support for counter terrorism, counter-proliferation and security in the Sinai Peninsula, which borders U.S. ally Israel. It will also continue to provide funding in areas such as education, health and private sector development.

The private, anti-Islamist leaning Tahrir newspaper was even bolder in its criticism, with a headline proclaiming, "Let the American aid go to hell".

The army ousted Mursi in July, installed an interim government and presented a political "roadmap" it promised would lead to fair elections.

The Brotherhood refuses to work with the military, which it says staged a coup and sabotaged Egypt's democratic gains after a revolt toppled autocratic President Hosni Mubarak in 2011.

Egypt's security forces have cracked down hard on the Brotherhood since Mursi's overthrow, crushing two pro-Mursi protest camps, killing hundreds, and then arresting scores from the group, including much of the senior leadership.

Mursi himself has been held in a secret location since his ouster. He is due to face trial on Nov. 4 on charges of inciting violence, in a move that is likely to further inflame tensions between the army and the Brotherhood.

The army-backed government also declared a state of emergency and imposed a curfew. A court order has banned the Brotherhood, Egypt's oldest and most influential Islamist group, that dominated national elections since Mubarak's overthrow.

The U.S. decision demonstrated its unhappiness with Egypt's path since Mursi was ousted.

Raising the spectre of more bloodshed, the political wing of the now-banned Brotherhood, the Freedom and Justice Party, called for a "million-man march" on Friday to head towards Tahrir, cradle of the demonstrations that overthrew Mubarak.

Besides the political crisis that has decimated tourism and investment in the most populous Arab state, Egypt is witnessing a wave of Islamist militant attacks against security forces that has occasionally spilled over beyond the Sinai region.

On Thursday, one police and three army conscripts were killed in a car bomb attack in the region, which is near Israel and the Gaza Strip, security sources said. Militants also claimed a failed assassination attack on the Egyptian interior minister last month.

The military denies it carried out a coup, saying it responded to the will of the people.

"(Egypt) will take decisions relating to internal affairs with complete independence, without external influences and will work on guaranteeing to secure its vital needs in a continued and orderly manner, especially with regards to national security," he added.

Egypt has for decades been among the largest recipients of U.S. military and economic aid because of its 1979 peace treaty with Israel, which agreed as a result of the pact to withdraw from the Sinai Peninsula it seized from Egypt in 1967.

The United States has long provided Egypt with about $1.55 billion in annual aid, including $1.3 billion for the military.