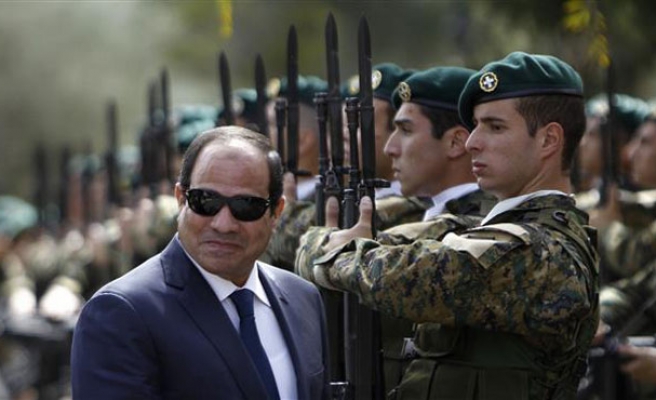 A total of 666 civilians were tried and imprisoned by military courts in Egypt last month, a rights group said.

The Egyptian Coordination of Rights and Freedoms (ECRF) said that the defendants were handed down 9,649 years of combined jail terms in six provinces during August.

Some 255 civilians have been sentenced to life (25 years) in prison, according to the report posted by the Cairo-based NGO on its Facebook page.

“Another 83 civilians were jailed for 15 years, 149 jailed for 10 years and 106 others were slapped with jail terms ranging between three to seven years,” the report said.

The ECRF said that five children were also tried by military courts in August and handed down 29 years of combined jail terms.

The rights group said that university professors, lawyers and students were among those tried and jailed by military courts in Egypt.

There was no comment from Egyptian authorities on the report.

Egypt has been dogged by turmoil since Mohamed Morsi, the country's first freely elected president, was ousted in a 2013 coup.