The electoral commission said that official results will be announced on Tuesday. 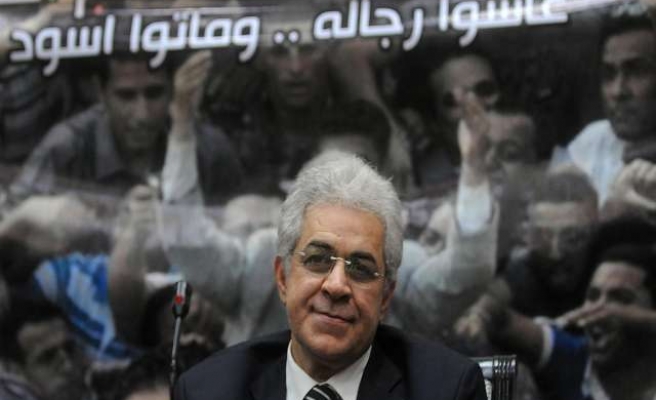 "The commission examined the complaint and decided to reject it," commission secretary general Abdel-Aziz Salman said in a statement.

Unofficial results showed that former army chief Abdel-Fatah al-Sisi won some 23.5 million votes in last week's presidential election, while Sabahi garnered only 791,153, or 3.3 percent of the total, according to an Anadolu Agency tally.

Sabahi on Thursday conceded defeat, saying he respected the choice of the people. But he went on to cite alleged violations that had marred the poll, the preliminary results of which, he asserted, "insult the intelligence of the Egyptian people."

But while he said the irregularities had not greatly influenced the election results, Sabahi said he was nevertheless keen to mention them as he was keen to protect Egypt's interests in the future.

Hamed Gabr, a member of the Sabahi campaign's legal committee, told AA that the complaint revolved around three issues.

"Some police stations refrained from filing reports in response to Sabahi representatives at several polling stations; Al-Sisi's electoral propaganda continued during the vote; and voting was extended for a third day in violation of the law," Gabr said.

Yet, Gabr asserted, the complaint would not challenge the election results, as Sabahi has already conceded defeat.

The electoral commission said that official results will be announced on Tuesday.

The election was widely boycotted by supporters of ousted president Mohamed Morsi and youth groups opposed to al-Sisi's presidential bid.

In a bid to encourage voting, the government declared Tuesday, the second day of voting, an official holiday. The electoral commission also extended the two-day vote, which kicked off Monday, by an extra day.

The presidential election was the second step on Egypt's transitional roadmap, which was imposed by the army following Morsi's ouster last July.