There will no football in any of Egypt's top three divisions or at minor level following the latest outbreak of soccer-related violence in the country. 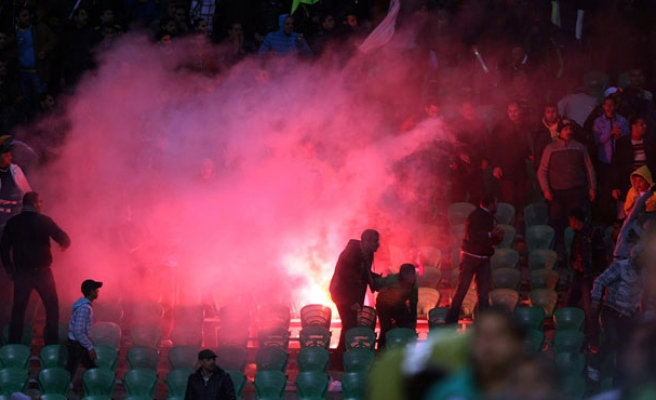 All football in Egypt was postponed indefinitely on Monday after at least 25 people were killed following clashes between fans and police outside a stadium in Cairo on Sunday.

A Health Ministry spokesman told Reuters by phone the final toll was 19 dead, but the public prosecutor's office said there were 22 fatalities while Zamalek supporters group, the Ultras White Knights, said on their Facebook page they have "28 martyrs till now".

Whatever the exact tally, there will no football in any of Egypt's top three divisions or at minor level following the latest outbreak of soccer-related violence in the country.

The deaths occurred when fans were crushed in a stampede after police fired tear gas at Zamalek supporters attempting to get into the stadium for the match against city rivals ENPPI.

The game went ahead and ended in a 1-1 draw.

"The Egyptian FA has decided to stop all soccer activities at all league levels to mourn the victims of the unfortunate events which happened at the Zamalek-ENPPI match," the Egyptian FA said in a statement on its website (www.efa.com).

As a result of the tragedy, Zamalek postponed a news conference scheduled for Monday when they were going to present their new Portuguese coach Jesualdo Ferreira.

The 68-year-old, who has coached Benfica, Porto and Sporting Lisbon among other clubs, was due to take over from caretaker Mohamed Salah following the departure of former Portugal international Jaime Pacheco last month.

But he may leave before he even starts depending on the length of the ban.

"I would like to express my deepest condolences to the Egyptian football community for the tragic events that occurred at last night's match in Cairo between Zamalek and ENPPI," Blatter said.

"My thoughts and sympathies are with the families of all those who have lost their lives yesterday evening.

"It is so sad that a game of football, which should be the scene of joy and positive emotions, should be overshadowed in this way. We await the results of the investigation into this tragedy," he added.

Soccer matches are often a flashpoint for trouble in Egypt where 72 fans were killed at a match following politically-motivated violence in Port Said in February 2012.

Since then Egypt has curbed the number of people allowed to attend, and supporters have often tried to storm stadiums they are banned from entering.