Hamdeen Sabahi, the only challenger to Field Marshal Abdel-Fattah al-Sisi's presidential bid, has vowed to free political prisoners if elected. 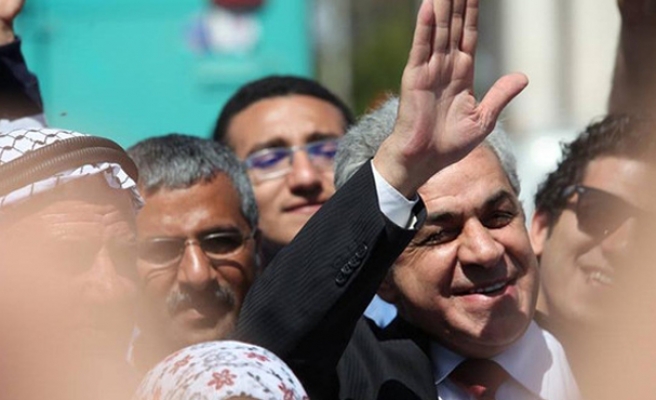 Egypt's leftist presidential hopeful Hamdeen Sabahi on Wednesday vowed to release thousands of "political detainees" and revoke a controversial anti-protest law if he is elected Egypt's next president.

"This country needs transitional justice, not vengeance," Sabahi said as he unveiled the outline of his electoral program at a press conference in Cairo.

The authorities have rounded up thousands of supporters of ousted president Mohamed Morsi following the latter's ouster by the military last July.

Egypt's military-backed authorities deny the presence of any "political prisoners" in Egypt, insisting that all detainees are being held for criminal charges.

Egypt's electoral commission, which has not yet announced the official list of candidates, said Sabahi's press conference violated campaign regulations.

"The commission will look into this violation and take the necessary legal steps against the organizers of the press conference and the television channels that broadcast it," commission head Abdel-Aziz Salman said in statements issued following Sabahi's press conference.

The commission had earlier earmarked the period from May 3 to 23 for electoral campaigning before polls are held on May 26-27.

A recent report by the Egyptian Center for Economic and Social Rights, a local NGO, documented 21,317 cases of individuals subject to prosecution since Morsi's ouster by the military last July.

Sabahi is expected to be the only competitor to former army chief Abdel-Fattah al-Sisi, who led the army to unseat democratically elected Morsi last July.

The presidential elections are part of a three-step transitional roadmap adopted by the army upon Morsi's ouster.

Egypt has been dogged by instability since the army unseated Morsi last summer, with hundreds of Morsi supporters and scores of security personnel having been killed in the almost ten months since.