The prosecutor referred the jail break case against Mursi and 18 other Islamist leaders to a judge to start investigations, state news agency said. 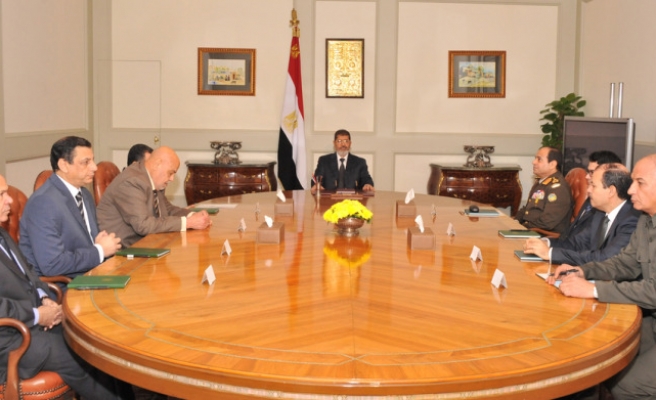 Egypt's public prosecutor ordered the start of investigations on whether deposed President Mohamed Morsi and other senior leaders from his Muslim Brotherhood escaped from a prison during the 2011 uprising, state media said on Tuesday.

The prosecutor referred the jail break case against Mursi and 18 other Islamist leaders to a judge to start investigations, state news agency MENA said.

Most senior Brotherhood figures had been frequently harassed and imprisoned under President Hosni Mubarak who was ousted in a public uprising joined by the Brotherhood in 2011.

Mursi has been held incommunicado at an undisclosed location with since the army toppled him on July 3. The prosecutor already said on Saturday it was reviewing complaints accusing Mursi and other Brotherhood leaders of spying, inciting killings of protesters and damaging the economy.

The United States and other Western countries have urged the provisional authorities to release Morsi and to halt arrests of other Brotherhood leaders.

The military says it was justified in removing Mursi, Egypt's first freely elected president, after millions of people marched against him. The Brotherhood has denounced what it calls a military coup.