Rescuers had only found 163 bodies out of a total of 224 people who were on board the Airbus 321, which crashed after taking off from a Red Sea beach resort 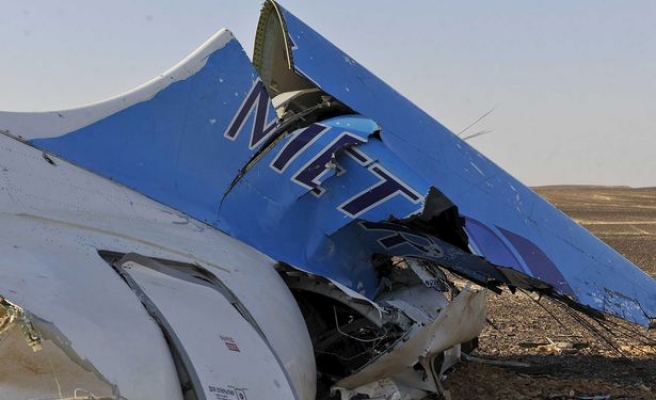 Egyptian rescue teams were looking Sunday for more victims of a Russian passenger plane crash in Sinai, widening the search after finding bodies scattered for kilometres a day after the incident.

A military officer helping with the search said that rescuers had found 163 bodies out of a total of 224 people who were on board the Airbus 321, which crashed after taking off from a Red Sea beach resort.

The plane was carrying 214 Russian and three Ukrainian passengers, along with seven crew members.

Rescuers have decided to widen the search perimeter to 15 kilometres (nine miles), the officer added.

Many of the bodies were missing limbs, said the officer, who requested anonymity because he was not authorised to speak to media.

Meanwhile a Russian team including the transport minister who arrived in Cairo set out to the scene of the wreckage in a remote part of the restive Sinai Peninsula, Russian official media reported.

Investigators have recovered the plane's black box and the government said its contents were being analysed to determine the cause of the incident.

Egyptian and Russian officials have expressed scepticism about a claim by an ISIL group branch in Egypt that it downed the plane.

The extremists operate in the north of the peninsula, where they have waged an insurgency that killed hundreds of policemen and soldiers since 2013.