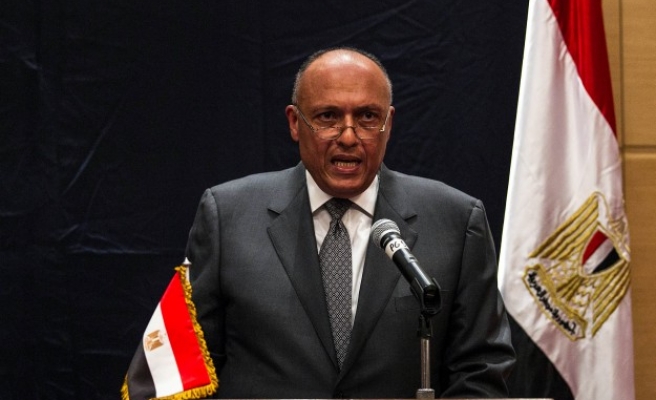 This came during their meeting on the sidelines of the third edition of the Mediterranean Dialogues Forum, hosted in the Italian capital Rome since Thursday and will conclude on Saturday.

The Egyptian Foreign Ministry said that the meeting tackled the latest developments in the region, mainly the situation in Syria, Lebanon, Yemen and Libya as well as the developments of the Ethiopian Renaissance Dam file and the Gulf crisis.

Both ministers also discussed "efforts to revive Palestinian-Israeli negotiations and ways to achieve Palestinian national reconciliation to enable the national government to carry out its tasks in the Gaza Strip," the ministry said without disclosing more details.

The agreement also reportedly called for the Fatah-led Palestinian unity government to take control of the Gaza Strip by Dec.1.

Both groups have so far pointed out that they would make every effort to maintain the agreement.

The Israeli-Palestinian negotiations have stopped since April 2014, due to Israel's refusal to end settlements, the release of old detainees and the rejection of the two-state based solution with a Palestinian state on the 1967 borders with East Jerusalem as its capital.