A court in the central province of Minya sentenced 37 Morsi supporters to death and handed 491 others life sentences on violence charges. 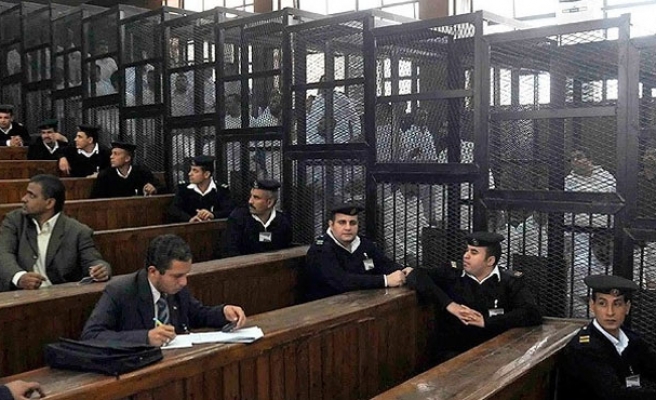 Egypt's Justice Ministry said on Tuesday that mass death sentences handed down against supporters of ousted president Mohamed Morsi are subject to appeal.

In a statement, the ministry said most of the people sentenced to death on Monday were tried in absentia and remain at large.

It added that when these fugitives are apprehended they would be given a full retrial.

The ministry also said that those already in custody can still appeal their death sentences.

A court in the central province of Minya on Monday sentenced 37 Morsi supporters to death and handed 491 others life sentences on violence charges.

It also referred 683 other defendants, including Muslim Brotherhood Supreme Guide Mohamed Badie, to the mufti, Egypt's top religious official, to consider possible death sentences against them.

All 1,211 defendants are accused of attacking police stations and involvement in other acts of violence in Minya.

The verdicts, however, have sparked outcry both in and outside Egypt.

On Monday, the Egyptian prosecution-general decided to appeal the verdicts.