Israel must extend a moratorium on settlement building that expires this month, Egypt's president said. 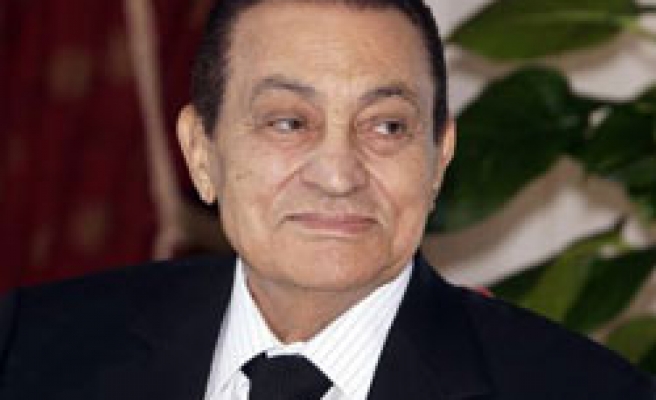 Israeli settlements in the West Bank are blocking the road to a peace deal with the Palestinians and Israel must extend a moratorium on settlement building that expires this month, Egypt's president said.

Writing in Wednesday's edition of the New York Times ahead of U.S.-hosted direct peace talks, President Hosni Mubarak also proposed an international force for the West Bank and said Egypt was ready to assist in mediation.

Egypt has long played a mediation role. Mubarak has been invited to attend the launch of the new round of talks, with Jordan's king. Both countries have peace deals with Israel.

"For its part, Israel should make no mistake: settlements and peace are incompatible, as they deepen the occupation that Palestinians seek to end," the Egyptian president wrote.

"A complete halt to Israel's settlement expansion in the West Bank and East Jerusalem is critical if the negotiations are to succeed, starting with an extension of Israel's moratorium on settlement-building, which expires this month," he added.

Mubarak outlined in his article the broad principles many Arabs see as essential to any deal, including creating a Palestinian state on land occupied in the 1967 war and establishing Jerusalem as a capital for both sides.

But he urged Arabs to support peace. "Arab nations should continue to demonstrate the seriousness of their peace initiative with steps that address the hopes and concerns of ordinary Israelis," he said referring to a 2002 peace proposal.

He also said Gaza, controlled by the Hamas and which has been under an Israeli blockade, must not be excluded from a deal.

"The Palestinians cannot make peace with a house divided. If Gaza is excluded from the framework of peace, it will remain a source of conflict, undermining any final settlement," he said, offering to resume efforts to heal Palestinian divisions.

Mubarak said putting an international force in the West Bank could help build confidence and provide security. He recognised Israel's demand for security but said it should not be used as a justification for continuing to occupy Palestinian land.