Egypt's Foreign Ministry on Wednesday hit back at Turkish criticism of mass death sentences saying the country should work on its internal affairs. 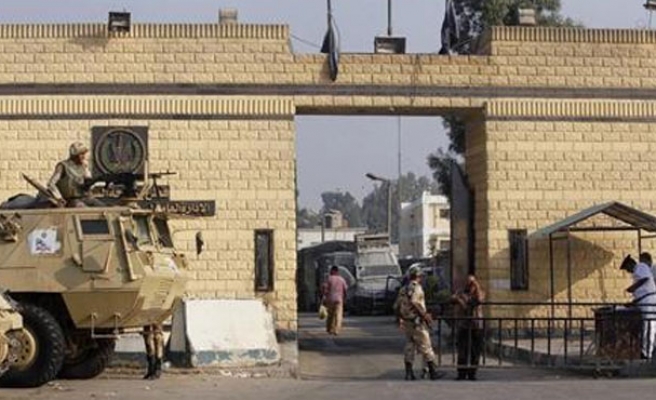 World Bulletin / News Desk
Egypt's Foreign Ministry on Wednesday hit back at Turkish criticism of mass death sentences slapped by an Egyptian court on Monday against 183 people for engaging in deadly violence two years ago.

In a statement headlined "Egypt denounces Turkish nonsense," the ministry said that the Turkish Foreign Ministry had not "considered the feelings of the martyrs' families and their right to justice."

An Egyptian court on Monday sentenced 183 people to death after finding them guilty of involvement in an attack on a police station and killing 11 policemen in the Giza province's town of Kerdasa two years ago.

The defendants – many of whom are supporters of ousted elected President Mohamed Morsi – were convicted of involvement in the attack that followed Morsi's ouster by the military.

The mass death sentences were harshly condemned by the Turkish Foreign Ministry, which said the ruling was "far from a fair trial" and would not provide Egypt with long-term peace or stability.

The Egyptian Foreign Ministry said the statements came from a government "that is accused by the international community of systematically and blatantly violating human rights, attacking peaceful protesters, raiding newspapers, detaining journalists without trial, and banning social media sites."

The Turkish Foreign Ministry, it went on, "should focus on [Turkey's] internal affairs to rectify these negativities instead of putting its nose in others' affairs, because the Turkish government – with its human rights record – is the last one that should make judgments or give lessons to others."

Egypt accused Turkey of "continuously supporting the terrorist [Muslim] Brotherhood group and hosting many of its members and channels that incite murder and terror."

Relations between Egypt and Turkey deteriorated severely after Morsi's ouster by the army in July of 2013, with both countries downgrading their respective diplomatic representation.

Egypt, meanwhile, accuses Ankara of interfering in its affairs and ignoring "the will of the Egyptian people."