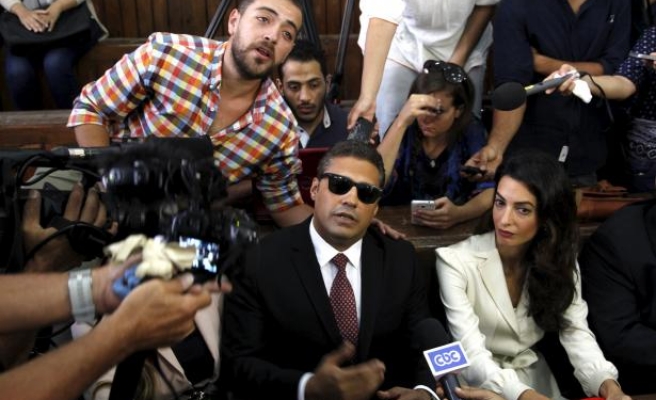 Egypt summoned the British ambassador to reject as "unacceptable interference" comments he made on an Egyptian court's decision to hand down prison sentences for three Al Jazeera journalists, state media said on Sunday.

After the court on Saturday sentenced the journalists to three years imprisonment for operating without a license, British Ambassador John Casson said he was shocked and concerned in the wake of the decision.

The case has stoked an international outcry and raised questions over Egypt's stated commitment to democracy nearly five years after an uprising toppled autocrat Hosni Mubarak.

"Britain actively supports stability in Egypt," Casson wrote on Facebook. "But the question today is whether this will be a fragile and temporary stability on the basis of suspending freedoms of media and expression and depriving individuals of their rights in the Egyptian constitution."

The British embassy said Casson would transmit the concerns of the foreign ministry to ministers in London.

The verdict, in a retrial, was issued against Mohamed Fahmy, a naturalized Canadian who has given up his Egyptian citizenship, Baher Mohamed, an Egyptian, and Peter Greste, an Australian who was deported in February. It will be appealed.

Rights advocates say their arrest was part of a crackdown on free speech waged since the army overthrew the first democratically elected president Mohamed Mursi, a senior Muslim Brotherhood figure.

The three men were originally sentenced to seven to 10 years in prison on charges that included spreading lies to help to the Muslim Brotherhood, which the military toppled from power two years ago.

The three defendants denied all charges, calling them absurd. Three other Egyptians, all students, also received three-year sentences for the same charges.