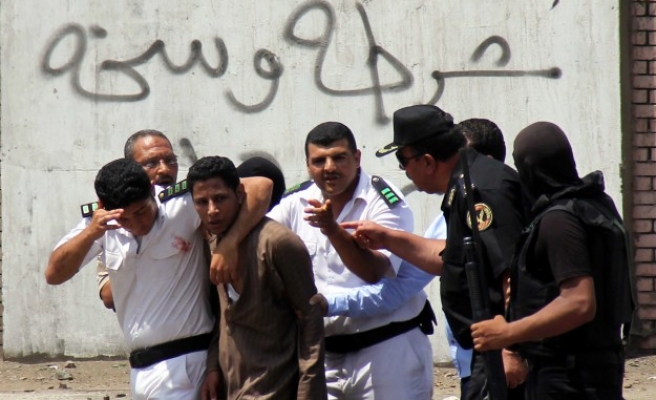 Egypt's Higher Education Minister Sayed Abdel-Khalek said that party-affiliated political activity will not be allowed on university campuses, ahead of the looming new academic year scheduled to start October 11.

"No party-affiliated political work will be allowed in any Egyptian university as of the upcoming school year," Abdel-Khalek said. "This includes holding slogans and posters."

He vowed "strict" punishments will be applied on students who violate the new rules. "Violent protests will not be allowed to take place on any Egyptian university campus," Abdel-Khalek asserted.

On Wednesday, dozens of students staged a demonstration inside Cairo University, Egypt's largest public university, to protest the a ministry decision to ban student groups based on partisan affiliations and call for the removal of the university's chairman Gaber Nassar.

"These are Muslim Brotherhood students who want to take politics inside campuses, which we will no longer allow," Abdel-Khalek said, referring to the Islamist group from which ousted president Mohamed Morsi hails.

Throughout he previous academic year - which began two months after the military's ouster and imprisonment of elected Morsi - Egyptian universities saw near-daily student protests by pro-Morsi students, some of which turned into deadly clashes with security forces.

Numerous students had been thrown in jail for participating in demonstrations, while university administrations have expelled many others or barred them from taking their final exams.