Egypt to issue ruling next month in Morsi 'spy' trial 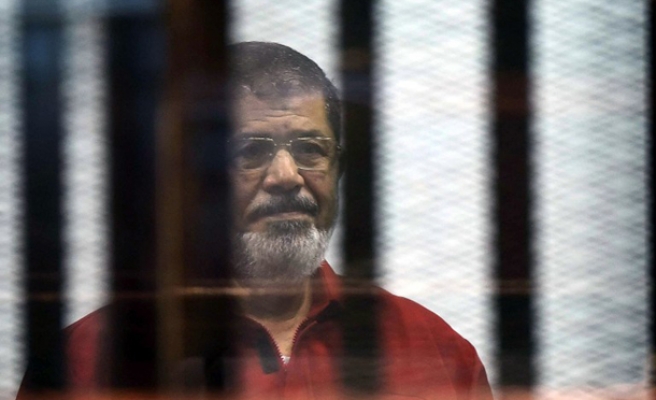 An Egyptian court on Wednesday set April 23 as the date on which it will deliver a verdict in the trial of former President Mohamed Morsi, who is accused -- among other things -- of having spied for Qatar while in office, a local judicial source said.

Morsi, along with 10 co-defendants, stands accused by Egypt’s army-backed authorities of spying for Qatar and leaking classified documents to the small Gulf statelet during his single year as president.

At a Wednesday trial session, Morsi called on his supporters to exercise self-restraint.

Egypt's first democratically elected leader, Morsi was ousted by the military in mid-2013 -- after only one year in office -- following protests against his presidency.

He has since been slapped with life-in-prison and death sentences for "conspiring against Egypt" -- with Palestinian group Hamas and Lebanon’s Hezbollah -- and for breaking out of jail in 2011.

He has also been slapped with a 20-year jail term for allegedly committing murder.

Morsi and his co-defendants, along with a number of independent observers, say the charges are politically driven.

Since Morsi's ouster and imprisonment, the Egyptian authorities have launched a harsh crackdown on his Muslim Brotherhood group -- killing hundreds and jailing tens of thousands -- while relations between Cairo and Doha have nosedived.